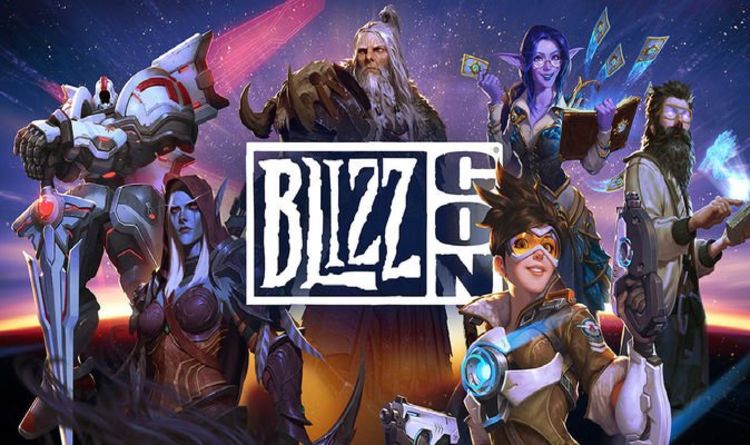 BlizzCon 2019 is kicking off later today and looks set to include a number of big gaming reveals.

The past few weeks has seen a series of leaks appear online, sharing news on two big franchises.

And now fans are pretty confident that Blizzard will reveal both Overwatch 2 and Diablo 4 during BlizzCon 2019.

From past events, we know that the games giant will share its biggest news during the opening ceremony.

This will be followed by in-depth panels on whatever has been announced, with World of Warcraft and Hearthstone updates expected.

WHAT TIME DOES BLIZZCON 2019 START?

The first big reveals will be made during the BlizzCon Opening Ceremony, which is expected to last over an hour.

The countdown for the Opening Ceremony will begin at around 10:30am PDT and will be followed by the main event at 11:00am PDT.

For Blizzard fans tuning in on YouTube and Twitch, this will mean a BlizzCon start time of 6pm, GMT.

It should be noted that while the Opening Ceremony will be available to watch on all major streaming platforms, the rest of the big panels will be locked behind a Virtual Ticket.

The BlizzCon Virtual Pass gives you access to all the games panels being hosted by Blizzard throughout the weekend.

This does not include the big eSports event, which will be running throughout BlizzCon 2019 and will be available to watch on Twitch.

As an example, The Overwatch World Cup will be available to watch on the official Overwatch League Twitch channel, starting on Friday, November 1.

“This year, everyone’s invited to watch the BlizzCon opening ceremony, all of the BlizzCon esports tournaments, and select developer panels—including the first four panels on the Mythic Stage immediately following the opening ceremony—completely free on BlizzCon.com and in the BlizzCon Mobile App,” a message from Blizzard explains.

“Tune in early for a special BlizzCon pre-show at 10:30 a.m. PDT on Friday, and get ready for the opening ceremony live at 11 a.m. PDT.

“The opening ceremony will be simulcast on screens throughout the convention centre as well, so you’re sure to find a great seat wherever you are.”

Several leaks have appeared online ahead of BlizzCon 2019 that suggest Overwatch 2 will be revealed alongside Diablo 4.

Blizzard isn’t going to say anything official about these rumour until after the show, which looks set to be a big celebration.

Fans have been expecting Diablo news for years, and 2019 looks set to be the time we learn more about the upcoming sequel.

Fans shouldn’t expect a full release date to be shared during Blizzcon, but it is possible we might learn what year it is being launched.

Overwatch 2 is another matter, with plenty of leaked information floating about before the big expo.

According to a new leak, Overwatch 2 will be playable during Blizzcon 2019 and will include new maps and modes to try out.

PvE will be the main focus of Overwatch 2 during Blizzcon, but fans will also hear about the new Push Mode coming to Overwatch.

If Overwatch 2 is playable during BlizzCon, that would suggest the game could be ready by the end of 2020.

Diablo 4 could also be ready for next year, however, it seems more likely that fans will have to wait a little longer for that game to hit shelves.