‘Blood in the water’: Dems get unexpected opening against Trump... 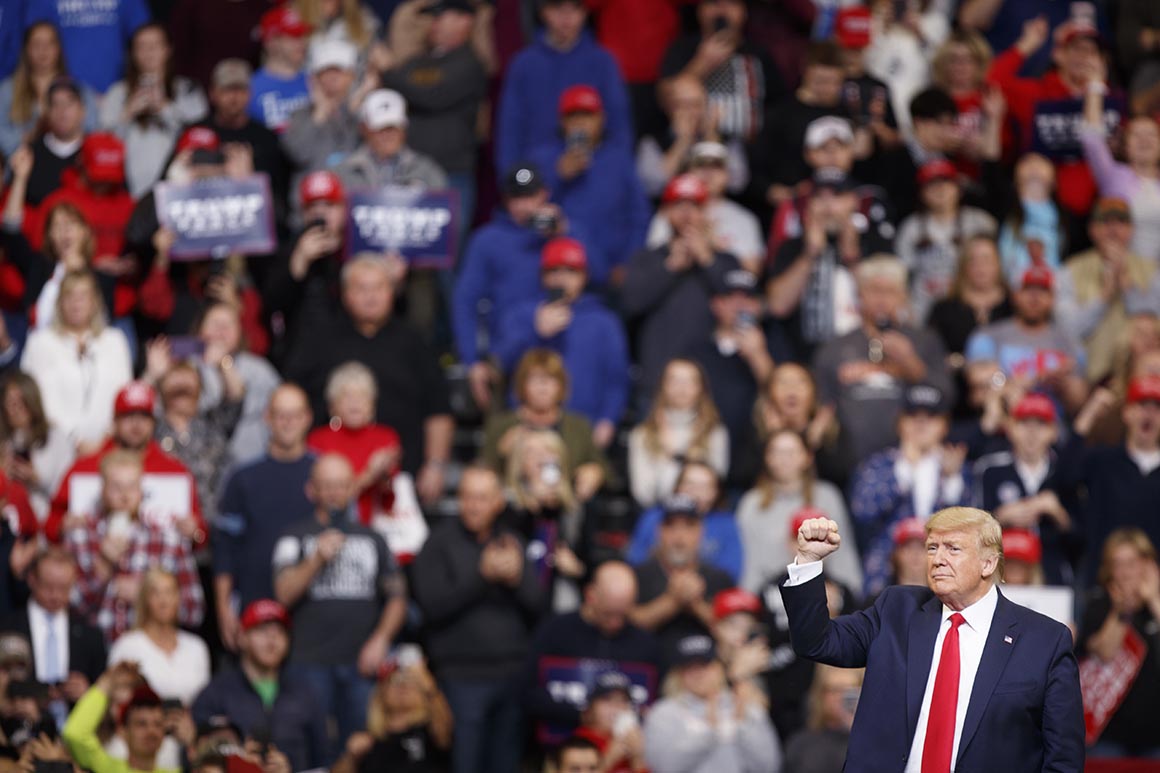 They’ll need all those new voters. The number of white, non-college educated voters in the state — Trump’s demographic sweet spot — suggests a wholesale defection from the president may be unlikely. At the liberal think tank Center for American Progress, Ruy Teixeira and John Halpin wrote last year that if Trump “can maintain or come close to his support among white non-college voters in Iowa, he should carry the state easily again.”

But Iowa Democrats made gains in the midterm elections in 2018. And Iowans have reasons to be frustrated with the current state of Washington. Iowa’s farm economy was hit hard by Trump’s trade wars and has been ravaged by the coronavirus pandemic, with researchers at Iowa State University estimating billions of dollars in losses in the state’s corn, soybean, ethanol and livestock industries. Conservative-leaning farmers may not blame the Republican president.

But in Iowa, Gross said, “When we have farm problems … the farmers may not blame the president, but the public does.”

Iowa, he said, “is very much in play this fall.”

The significance of a competitive landscape in Iowa extends beyond the state’s six electoral votes. More counties in Iowa than in any other state flipped from supporting Obama in 2012 to Trump in 2016, rendering a petri dish state of “Obama-Trump” voters who were motivated more than anything four years ago by exhaustion with Washington and a desire for change.

Jeff Link, a veteran Iowa-based Democratic strategist who has studied Obama-Trump voters, estimated there are about 200,000 of them in Iowa. Before the caucuses, in which Biden finished a dismal fourth, Link said he cautioned Biden advisers that Biden’s emphasis on returning government to normal after Trump’s presidency would not resonate with these voters.

But in the unrest after Floyd’s death — and in Biden’s calls for police reforms nationally — Link said Biden now “has the opportunity to be the ‘change’ candidate.”

“Remember, his message in the caucus was ‘Let’s bring things back the way they were’ — not really a change message for change voters. But now he can be for reform — let’s reform police, and let’s reform the judicial system and let’s deal with systemic racial prejudice,” Link said. “This whole kind of movement that’s been going on for the past week allows Biden to be the change candidate and puts Trump in the box of being for the status quo.”

On Sunday night, Trump — seemingly frustrated with the tilt of the electoral landscape against him — tweeted, “If I wasn’t constantly harassed for three years by fake and illegal investigations, Russia, Russia, Russia, and the Impeachment Hoax, I’d be up by 25 points on Sleepy Joe and the Do Nothing Democrats. Very unfair, but it is what it is!!!”

John Stineman, a Republican strategist in Iowa, said Trump’s advertising buy is small enough that it is likely “a stroke to the base more than it is a fear-motivated thing.” Still, Stineman, who has long predicted a competitive race in Iowa, described the Democratic base in Iowa as being “as activated as it could be.”

Democrats in Iowa are coming off a midterm election in which they flipped two congressional seats and a presidential caucus this year that exposed Iowans to more than a year of campaign appearances by Democrats tearing into Trump.

Heartened by what he called “a lot of enthusiasm and a lot of participation by Democrats in the process,” this year, former Iowa Gov. Tom Vilsack, a former secretary of Agriculture in the Obama administration, said Iowa is “on the list” of states where Biden has an opportunity to compete.

“I don’t think it’s at the top of the list,” he said, noting several states where the outcome was narrower in 2016. “But you want multiple ways to get to 270 [electoral votes]. If you’re able to win back Pennsylvania, Wisconsin and Michigan, that still doesn’t get you to 270 unless you win a few other states.”