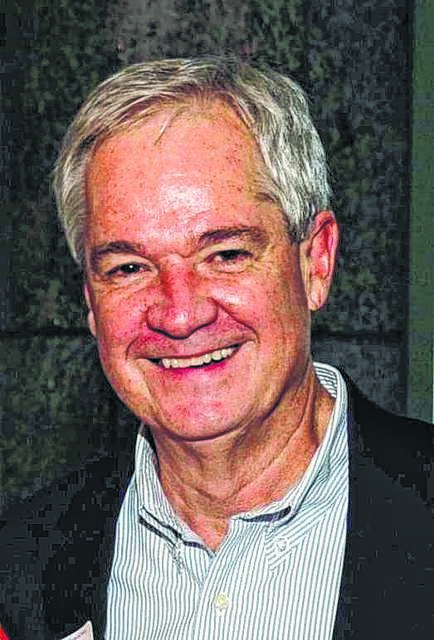 While the other Democratic presidential candidates slug it out and slog through snowy Iowa, Mike Bloomberg is busy planting seeds across the country – and in North Carolina.

His campaign is unlike any before: It has unlimited money. It’s taking an untried path. And it’s not just about electing Bloomberg.

Last week, Bloomberg gave a small group of North Carolinians a look behind the curtain. He and his campaign leaders hosted a conference call for about 30 political donors, fundraisers and business leaders from across the state.

One person who listened in on the call reported that Bloomberg said he won’t keep running if “my dear friend” Joe Biden is successful. But Bloomberg will run hard if “the old math” doesn’t work and Biden falters.

Why? Because the campaign’s polling says Trump would win reelection today “in a landslide.”

Bloomberg believes Democrats have to nominate a moderate, mainstream candidate to win in November.

He’s taking a road not taken before. He’s skipping the sacrosanct early states of Iowa and New Hampshire and going directly to the March 3 Super Tuesday prizes of California, Texas, North Carolina and 11 other states.

The people who every four years decry the outsized role of two small, snow-bound and nearly all-white states should celebrate that.

Since Bloomberg is targeting North Carolina, you see his strategy playing out here. You see it on TV – two or three Bloomberg ads every half-hour. You see it on Facebook – ubiquitous targeted Bloomberg ads. You see positive bio ads about Bloomberg (“Mike Will Get It Done”), and you see ads slamming President Trump on health care, jobs and economic insecurity. But not impeachment.

Nationally, Bloomberg has already spent $ 200 million on TV. It could end up being a billion-dollar campaign. But even that won’t dent Bloomberg’s $ 30 billion fortune. Which he made, one ad tells us, after he was fired at age 39.

You don’t see everything that Bloomberg’s money buys. Like the 80-100 staffers he’s putting on the ground in North Carolina. They’re being paid, I’m told, $ 6,000 a month. That’s two or three times what they’d make in other campaigns. And the checks don’t bounce.

Bloomberg says he’s here through November, even if he’s not the nominee. “We won’t be returning our rental cars March 4,” one of his campaign people said on the call. Beating Trump is the big goal, but voter registration and turnout are important in the races for Governor, U.S. Senate, the legislature and down the ballot.

The campaign road-tested its operation last year in Kentucky, where a Democrat unseated the Republican governor, and Virginia, where Democrats took the legislature.

Bloomberg called North Carolina “the new Virginia,” likely to tip toward Democrats in the years ahead.

The person who described the call admitted to being a “jaded” veteran of campaign conference calls. But this one was different: “It was crisp, business-like and impressive.”

And there was no fundraising pitch. Because Bloomberg is paying for everything.

Which some Democrats don’t like. They don’t like rich guys “buying” the race. They blame the “billionaire class” for much of what’s wrong in America.

Wouldn’t it be the height of irony if billionaire-bashing Democrats were saved by a billionaire?

Gary Pearce was an adviser to Governor Jim Hunt. He blogs at www.NewDayforNC.com.

- Advertisement -
Facebook
Twitter
Pinterest
WhatsApp
Linkedin
ReddIt
Email
Tumblr
VK
Previous articlePhillip Schofield’s new co-star speaks out after he reveals move without Holly Willoughby
Next articleProperty for sale? Do not take an estate agent’s word when they tell you this