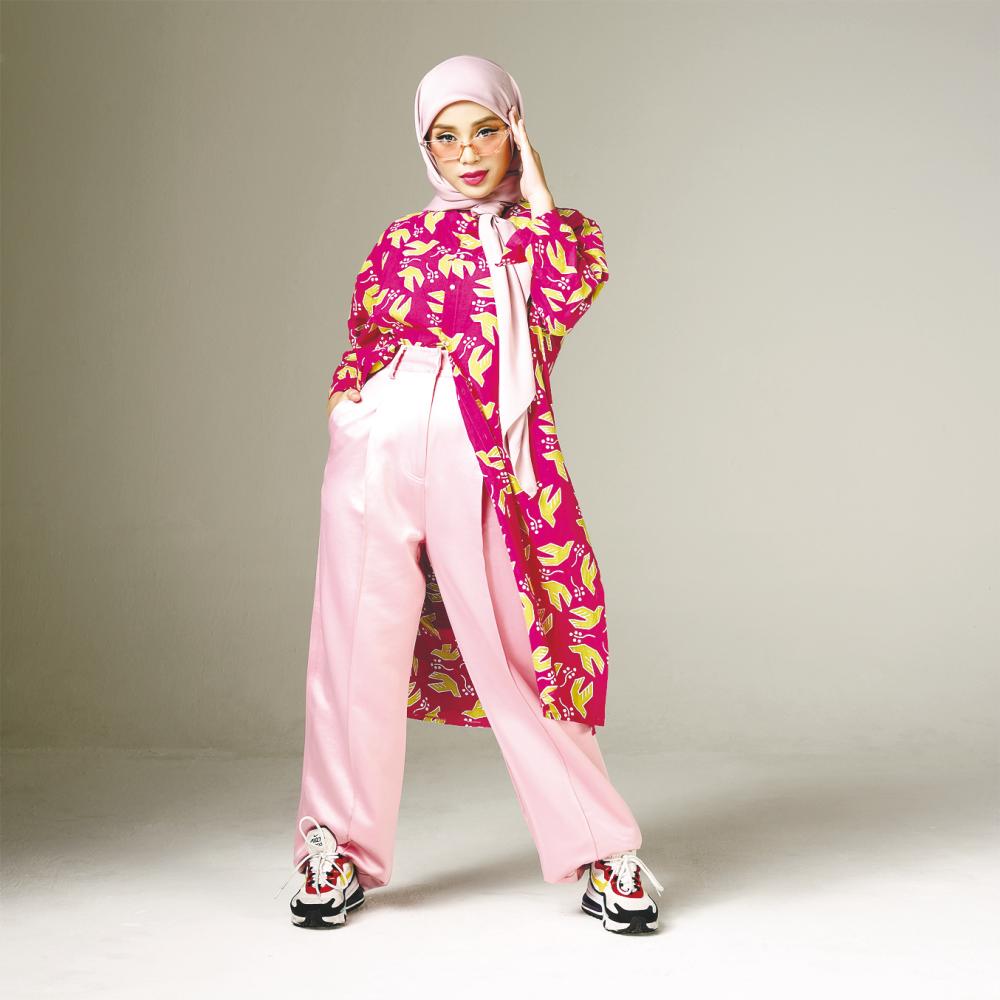 The demure-looking Bunga (who turned 20 in January this year), clad in her hijab and baju kurung, lay down some bars in a March 2019 episode hosted by local rap icon Joe Flizzow.

The video went viral and was even picked up by foreign media outlets who were in awe of this young hijabi rapper.

Bunga is also a student at UiTM and during an interview conducted over the phone, this Perak-born lass spoke about her recently-released first single, a hip hop number appropriately titled Bunga, and her plans to release another single soon featuring a surprise performance by a local music icon.

When asked about her stage name, Bunga said: “I gave myself the name. I used to write poems, and I have a poem called Bunga.”

She has been writing poems since she was 16, and it has always been an outlet for her to express her own emotions.

Thanks to her appearance on 16 Baris, Bunga was signed on to Warner Music.

Turns out that Bunga comes from a musical family, with a mother who loves to sing, and a brother and sister who are both guitarists.

Bunga herself is a study in contrasts. On one hand she has this girl next door appearance, while on the other she is a rapper, a genre most associated with rebels who flirt with the law.

“People have told me I should not rap because it is not appropriate (“Tak beradab dengan baju kurung”). For me, I feel I should show off my culture.”

Fashion-wise, Bunga feels that she should stick to wearing her baju kurung when she is performing. It is her brand after all.

Both Bunga and Nor ‘Phoenix’ Diana, the hijab-wearing Malaysian pro wrestler who also made waves last year, have shown the world that just because they wear the hijab, it is no barrier to them pursuing their respective passions.

Bunga explained: “I met Phoenix before I did 16 Baris. I thought she was awesome. I met her at Harith Iskander’s show at The Joke Factory, and they were talking about how to inspire the youth. Both of us are of the same opinion. There should be no limit when it comes to doing what you like. You can rap wearing a baju kurung. You can rap because you like to.”

When asked if she wants to try any genre other than rap and hip hop, Bunga admitted that she is still new to the music scene. But she sees herself injecting other genres, such as R&B, into her music.

In fact, her first single leans heavily into pop. “The first single was to introduce me as a cute, happy-go-lucky person. I think they were targeting the younger crowd.”

Balancing her studies and her music, Bunga said she turns down shows scheduled on weekdays and instead performs on weekends.

However, she is currently taking a break from performing, as she is housebound due to the movement control order (MCO).

She is a big fan of local rappers. “I like Malik Ibrahim, Joe Flizzow and Altimet.”

“I think to be a good rapper, you need to be able to do free verse. I think I need more practice to widen my skills.”

Rap and hip hop have been part of our underground music scene in Malaysia for a long time. Both have now been embraced by the masses and major record labels are signing on more artistes from that genre.

“Some people think that rap and hip hop should remain underground. I think we should be both underground and mainstream. We need the mainstream to promote our songs, but at the same time there are many gigs and shows in the underground scene. You get so much exposure here.

“I think there is not much difference between underground and mainstream. It is all about the path you choose.”