BMW car recall: Dozens of popular models have been recalled due to potential fire risk 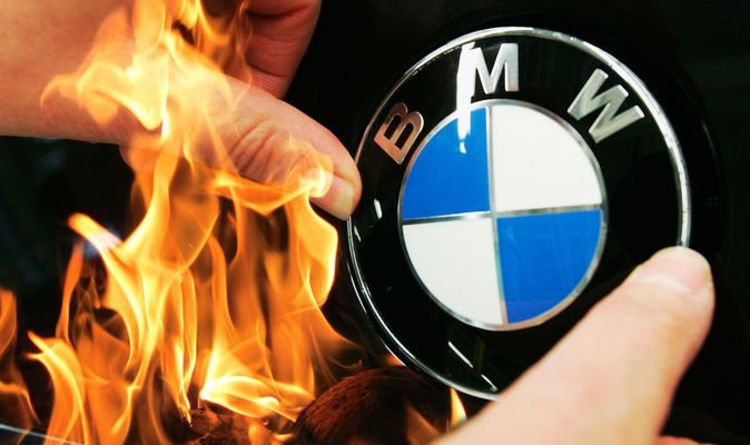 BMW has recalled a further 27,000 diesel cars one year since the German marque called back 268,000 cars for defects. The issue stems from the discovery of a glycol leakage from the engine’s exhaust gas recirculation cooler which could burn sooty deposits. This could lead to a potential fire risk and BMW have taken no chances to issue a recall across a wide spectrum of its models. A DVSA spokesman confirmed to Express.co.uk BMW had informed them of the recall and was working with the company to identify affected customers.

The spokesman said affected drivers would have received a letter from BMW or will do shortly to arrange a service.

Any services will be free of charge and will give engineers a chance to see if a vehicle has developed a fault that could lead to further issues.

Speaking to Which?, Neil Barlow, Head of Engineering at the DVSA said: “Our engineers have worked closely with BMW to ensure that the fix is satisfactory and appropriate for UK models and conditions.

“We continue to ensure BMW contacts owners of affected vehicles so their cars can be assessed and made safe.”

Models affected include the popular BMW 1 Series and 3 Series as well as some of the brands SUV’s.

All cars affected were built between 2011 and 2017 and span various models across different ranges.

Concerned BMW owners can check whether their car is included in the recall right now by inputting the car’s VIN number online.

The code is stated on a car’s V5 registration certificate and is printed on the lower passenger side of the windscreen.

BMW dealerships are also on hand for further advice on whether their car is required to have an inspection.

Drivers can also check whether there are any outstanding recalls on their cars by heading to the GOV.UK website’s MOT checker and putting in their registration number.

There have been multiple reports of BMW vehicles catching fire across the country in recent weeks.

A BMW 3 Series exploded into flames in Bracknell on September 29 with a father and children on board.

The driver explained how he had only bought the car six months before the incident which he identified after smelling smoke coming from his car’s dashboard.

In a separate incident, a BMW 5 Series reportedly caught fire driving down the A19 near Durham.

Speaking to Which? a BMW spokesperson said: “Some cars which were fitted with a new component in 2016 before the initial recall was launched, have been recalled now as a precaution, to check the part and replace it with the latest iteration if necessary.”

In a statement to Express.co.uk, BMW said: “On 25 September, BMW UK extended the EGR recall to a further 27,000 vehicles. Affected owners will receive a letter from BMW UK by mid-October, inviting them to contact their local BMW retailer for the work to be carried out.

“We do urge any concerned drivers to check whether their vehicle is affected by entering their VIN here: www.bmw.co.uk/recall The 17-digit VIN number can be found on the lower passenger side of the vehicle windscreen, visible from the outside of the vehicle.  It is also included on the V5 registration document of the vehicle.”