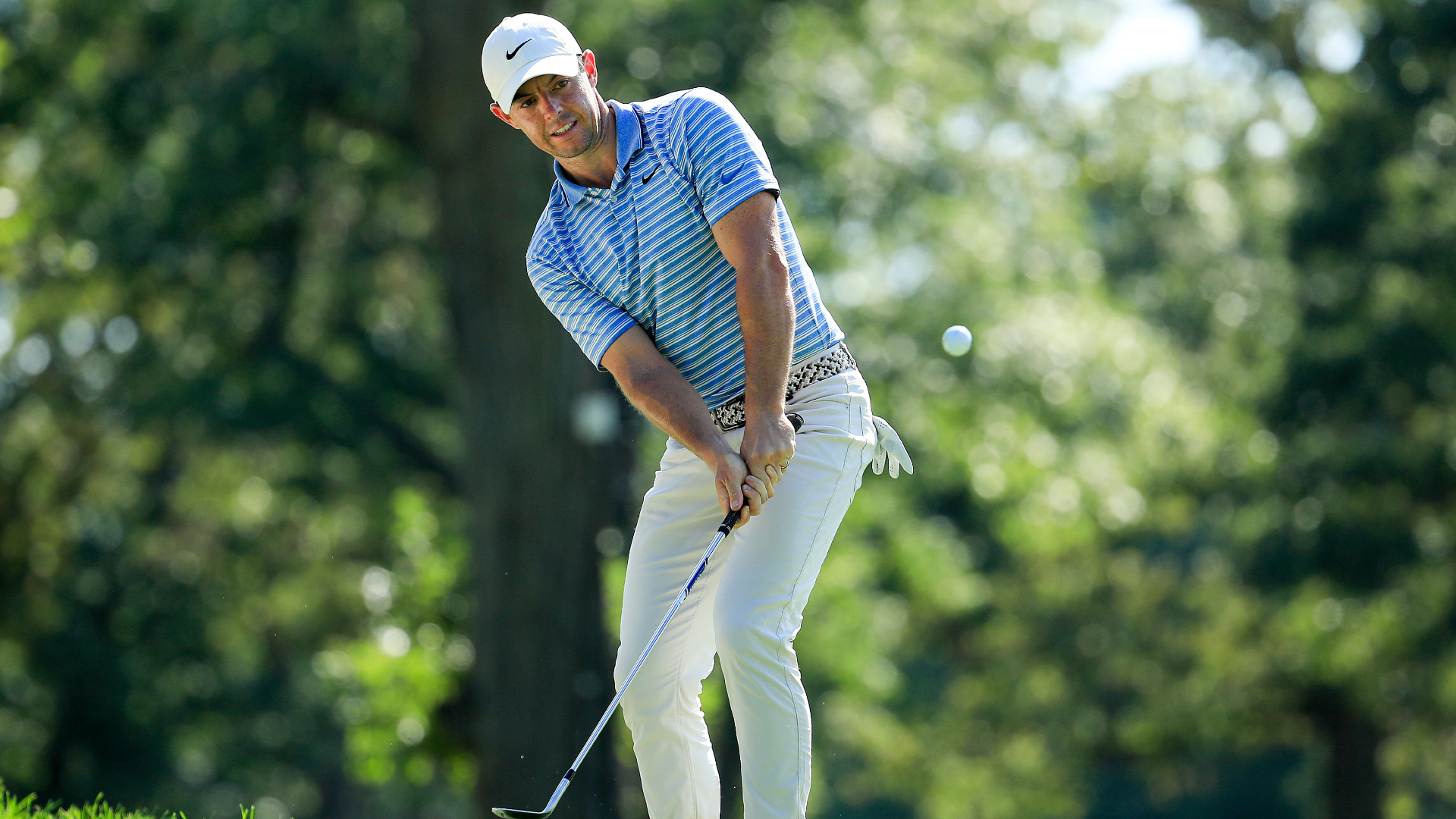 Rory McIlroy was pleased with his second round at the BMW Championship, but he believes conditions will get even tougher.

Looking for his first win of 2020, McIlroy managed a 1-under 69 to share a one-stroke lead with Patrick Cantlay at the halfway mark. They are the only two players under par at Olympia Fields Country Club, where conditions have been difficult for scoring.

Despite lamenting two bogeys on his final five holes, McIlroy was happy with his round.

“It was really good,” the Northern Irishman said. “I got off to a nice start. A couple under through four, 3 under through 10, sort of cruising, and then as it got later in the day, the golf course definitely became a little firmer, a little tougher. The wind got up a little bit.

“A little disappointed to drop those shots on the way in, but I think if you shoot anything under par on this golf course, you’ve got to be pretty pleased.”

The best round of the tournament so far came on Thursday, when Hideki Matsuyama fired a 67.

McIlroy believes conditions may get even harder for players on the weekend.

“We’re supposed to get a little bit of rain tonight, but I don’t think enough to really soften it,” he said.

“I think you’ll see over the weekend guys will go off early, be able to shoot some decent scores, and then as the day goes on and the later tee times get out there, it’ll just get progressively harder as the day goes on.

“I think something like, remember The Players Championship when it was back in May, guys would go out on a Sunday, six or seven back, shoot a 66 and they’d hang around the clubhouse all day and wait and see what happens to the guys on the way in. I think you might see something similar to that this weekend.”