Bob Mortimer, 61, had to undergo heart surgery in 2015, after a doctor told him he risked having a heart attack on stage had he and comedy partner Vic Reeves gone ahead with a live tour that same year. His colleague and longtime friend Paul Whitehouse, 62, has now addressed his struggles following the operation.

His comments come as the duo’s hit series Mortimer & Whitehouse: Gone Fishing is set to return to the BBC this weekend.

Bob and Paul share their life experiences while fishing, as the comedic stars hit show covers their friendship and the memories of their fathers.

The Shooting Stars host has previously spoken of the triple-heart bypass he underwent after it was discovered that 95 per cent of his arteries were blocked five years ago.

Speaking about the concept of their BBC programme, Paul revealed the show was originally conceived as his therapy plan for Bob following the major procedure.

While he was recovering, the comedian was invited by Paul to go on a fishing trip to help with his recuperation.

They have since made the series Mortimer and Whitehouse: Gone Fishing, in which they travel across the country visiting some of the UK’s best places to fish.

“The first time we went fishing together was not long after Bob had his heart surgery in 2015,” Paul explained.

“His treatment had been significantly worse than expected, but I badgered him to come out fishing at Stockbridge on the River Test.”

Bob Mortimer and Paul Whitehouse have both suffered heart problems in the past (Image: BBC)

He continued to this week’s Radio Times: “This wasn’t for the camera at all, but as we were sitting on the bank making each other laugh about our heart issues, it came to us that this might be helpful for other people, too.”

Paul, who has also suffered problems with his heart, added that the BBC show “isn’t primarily about fishing” but also about the “joys of being alive”.

Speaking about their time together, Bob continued: “I remember approaching this beautiful river for the first time and thinking that everyone should be able to get a ticket that allows them to have a two-hour stare at this environment.

“In the end, we had one meeting with the BBC and they took a punt on it.”

Viewers will get to see the return of the popular show on Sunday.

Last year, Paul suffered another health scare, which saw him forced to cancel a stage performance.

The comic starred in the West End play Only Fools and Horses, where audiences got to see Paul portray Grandad, who was originally played in the TV series by Lennard Pearce.

The actor did return to the stage but admitted he has to now be more “careful”. 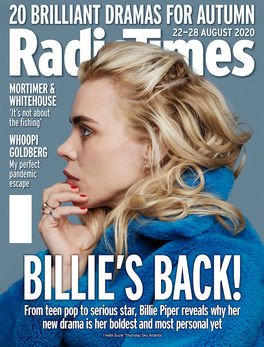 “It’s tiring doing eight shows a week. I’m not getting any younger,” Paul explained to the Mirror at the time.

“I do a lot of heart rehab exercise, and cardio as well. I do some specialist stuff and then some bog-standard ‘bike to nowhere’, as I call it.”

Mortimer and Whitehouse: Gone Fishing airs on Sunday on BBC Two at 8pm.

You can read the full interview with Bob Mortimer and Paul Whitehouse in this week’s Radio Times – out now.

Jade Boren Khloe Kardashian put on tiny hands to face off in a makeup challenge with Addison Rae, whom she joked was the ‘sister stealer.’...
Read more
Celebrity

Mike shared a snap of his friend's new book in view of his 21,600 Instagram followers and wrote: "Brilliant partner. So sorry I couldn't...
Read more
Celebrity

bshilliday Kylie Jenner is very particular how she looks in IG photos. She freaked when sis Kim Kardashian shared a throwback snapshot of her sisters...
Read more
Celebrity

"I hope Tim does it one year as he'd be brilliant." When The Voice's Emma Willis joined Simon and Tim on Sunday Brunch, the latter...
Read more
Celebrity

Susanna Reid: 'Exhausted' GMB host quits role away from show 'I want to do a better job'

Susanna admitted she had become “exhausted” after saying “yes” to everything and taking on a variety of opportunities. The mother-of-three said she had read a...
Read more
Celebrity

Ryan Shea Andy Cohen and pretty much anyone who tuned into ‘Watch What Happens Live’ on September 24 were shocked to know that Bethenny Frankel...
Read more