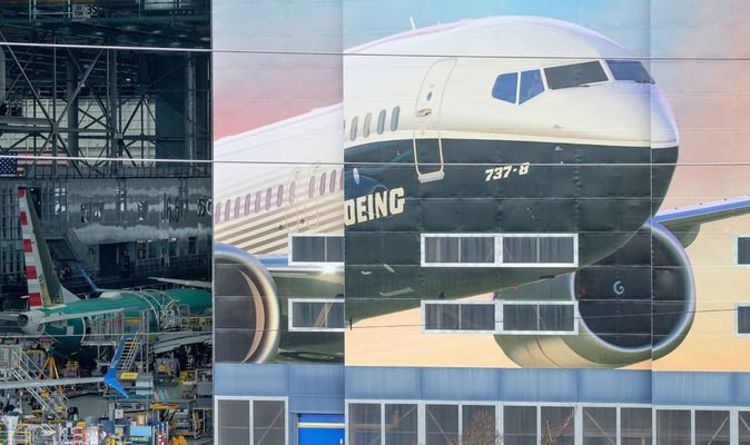 The Boeing 737-400 originated in Venezuela and was on its way to Miami via the Dominican Republic. The packed aircraft was on the second leg of its journey. It had just taken off from Las Americas International Airport near Santo Domingo, in the Dominican Republic, when it was beset by engine problems some 30 minutes into the flight.

The pilots were forced to return to the airport and make an emergency landing.

Once informed about the situation, passengers became anxious and started to drink and pray.

Their reaction was captured on video and later posted to Twitter.

The video shows passengers holding each other’s hands across the aisles and over the head rests of their seats.

They can be heard speaking together, as they pray for deliverance.

A man then grabs a bottle of whiskey, taking a large swig from it.

Smiling, he later offers it down the line to other passengers.

The passengers are then seen to sway, as the plane hits some turbulence, at which point the video clip ends.

This is the latest setback for Boeing in what has been an “annus horribilis”.

Earlier this year in March its troubled 737 Max was grounded as a result of two recent fatal crashes.

In October 2018 an Indonesian Lion Air Max 737 crashed and in March this year the same fate occurred to an Ethiopian Airlines Max 737.

In both incidents no-one survived and a total of 346 people died.

Indonesian investigators at the time blamed mechanical and design problems for the catastrophe and are due to publish their official findings this Friday.

The report is expected to highlight issues with the MCAS (Manoeuvring Characteristics Augmentation System), which was designed to make the aircraft easier to fly.

Many questions have been raised about how much Boeing knew about the 737 Max problems prior to the accidents, after one pilot wrote that he had run into unexpected trouble during tests, saying he “basically lied to the regulators [unknowingly]”.

These issues have had a devastating impact on Boeing’s financial performance and have led to a string of resignations.

Profits have more than halved to £694 million and the firm said it would cut production of its 787 Dreamliner, blaming trade uncertainties.

ByThis starkly contradicts the current global consensus, which is that the virus first emerged in China towards the end of 2019. However the Chinese claim...
Read more