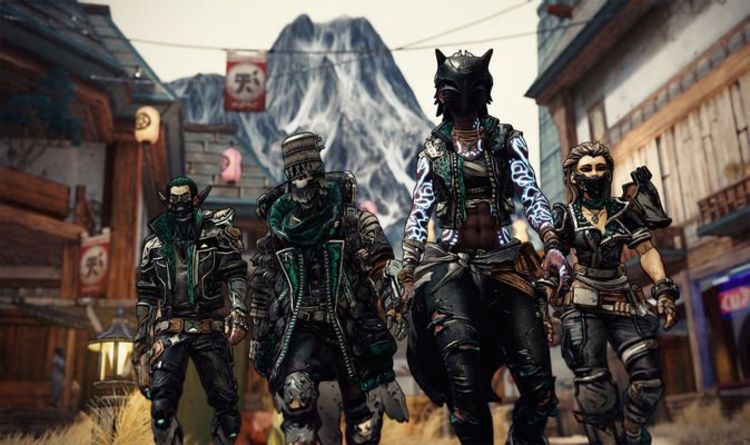 The countdown has started for the launch of the next Borderlands 3 DLC across PS4, Xbox One and PC.

Revealed fully last month by developers Gearbox Software, the new content being released this week will introduce new campaign content under the catchy name: Psycho Krieg and the Fantastic Fustercluck.

We’re still waiting for official news on some of the Borderlands 3 DLC release date schedule, but more is expected to be shared on the subject in the coming days.

Unlike previous DLC releases, this one is set to send you into the mind of Krieg to help solve the mystery of a new Vaultastic location.

“Psycho Krieg and the Fantastic Fustercluck dares to ask: what makes the bloodthirsty psychos of Borderlands so uniformly deranged?” the official DLC description explains.

“Brilliant scientist Patricia Tannis believes they’ve been driven insane by the knowledge of a mythical place she calls “Vaulthalla,” and the key to uncovering this legendary location lies within the mind of Krieg, the most badass psycho of them all.

“So naturally, Tannis is sending you on a mission into Krieg’s chaotic mind in search of clues. Only by surviving the perils of Kreig’s twisted inner world can you reap the rewards of Vaulthalla.”

Gearbox has confirmed that Psycho Krieg and the Fantastic Fustercluck is included in the Borderlands 3 Season Pass, though a copy of the base game is required to play.

Gearbox has confirmed that the Borderlands 3 DLC 4 release date has been set for Thursday, September 10, 2020.

And while no news has been shared on what time it will be dropping, we can make a good prediction.

Based on previous DLC launches, we would expect the Krieg expansions to be available to download and play in the UK by 9pm BST.

More news on the release schedule could be shared by Gearbox in the next 24-hours, so it will be worth keeping an eye on the game’s social media channels.

It has also been confirmed that September 10 will mark the arrival of the next level cap increase, which will be free to all Borderlands 3 players.

This means that the Krieg DLC release will likely be packaged in a large update for all gamers to download.

The cap will increase by five levels, making 65 the newest highest level for gear and player characters.