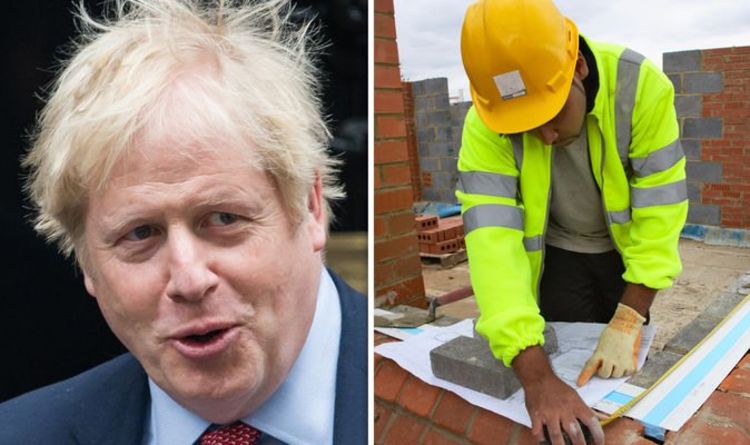 The latest Rightmove House Price Index shows a welcome bounce for the UK after a previously uncertain market landscape. The most recent index shows optimism returning with a 2.3 percent surge in the prince of property coming to market.

This percentage equates to £6,785, and is the largest monthly rise recorded at this time of year, according to Rightmove.

There has also been increased optimism as would-be house buyers see the election result as a window of stability.

Since the Tories’ storming victory in December’s election, there have been over 1.3 million buyer enquiries.

This figure is up 15 percent compared to the same period a year ago which suggests the months ahead will be even more active.

There has also been growth in sales agreed as more people are deciding to act quickly in light of the election result.

The property market has also seen more interest from first-time buyers who are deciding to take a plunge onto the housing ladder.

Director of London estate agency Benham and Reeves, Marc von Grundherr, said: “The coal that fills the furnace of the UK property market is very much market sentiment and it doesn’t matter what your stance is on Boris or the election result, even the slightest inkling of returning market stability has been enough to reignite the fires both where buyer and seller activity are concerned.

“There was an instant uplift in buyer commitment following the result and those acting fast enough were able to secure some very favourable deals.

He said: “The property market has sat in a state of hibernation while political uncertainty has remained prevalent, but all the while, both buyer and seller sentiment has been building like a coiled spring.

“The election has proven to be the release point for this built-up tension, with the market exploding back to life almost instantly and both buyers and sellers jumping back in at the deep end where enquiries and asking price increases are concerned.

“This has helped to bump start a market that has been stuttering over the last three and a half years and while we shouldn’t try and run before we can walk, it does show promise for the year ahead.”

With the UK on track to leave the EU on January 31, it is uncertain whether the housing market will maintain its sudden boom.

With Brexit on the horizon, it is likely the upward trend will continue in a post-Brexit market.

But it’s likely that those most likely to be affected are EU citizens whose rights will change after January 1, 2021.

London, which has a large number of overseas buyers, is also likely to take a hit.

But if the value of the pound falls then more overseas investors could put their money into the UK.

By Experts are urging the Government to replace it with a circuit breaker lockdown to buy some time with winter looming - with one suggesting...
Read more
U.K.

By The two sides met this week to discuss trade between the UK and Taiwan which currently stands at £7billion. Following the talks, Minister for...
Read more
U.K.

By media captionMarcus Rashford and his mother Melanie helped out at FareShare Greater Manchester. More than 200 children's writers have urged the government to ensure no...
Read more
U.K.

By Current EU laws enable divorce proceeding to be carried out in another eligible European country. Under the European Council Regulation known as Brussels II, savvy...
Read more
U.K.

By Coronavirus infections continue to rise across the UK, according to the latest data from the Office for National Statistics. It estimates cases have risen by...
Read more