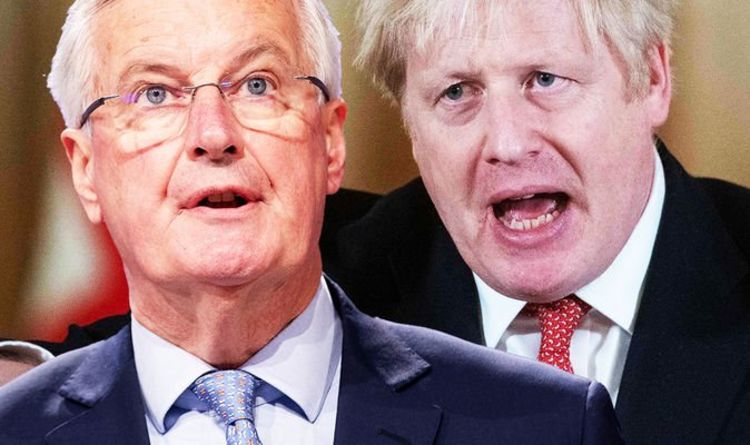 The EU’s chief negotiator wrote to the UK’s opposition parties to state the EU is still willing to accept a two-year extension to Brexit.

The deadline to extend the transition period ends on June 30 and is currently scheduled to end on December 31, 2020.

Despite Mr Barnier stated openness to a two-year extension, the Prime Minister’s spokesman has stated the Government’s position has not changed.

The spokesman said: “No change to the government’s position. The transition period will end on December 31.”

Referencing the possibility of a two-year extension to the opposition parties – excluding Labour – Mr Barnier said such an agreement is possible.

In the letter, Mr Barnier said: “Such an extension of up to one or two years can be agreed jointly by the two parties.

“The European Union has always said that we remain open on this matter.

“Any extension decision has to be taken by the Joint Committee before July 1, and must be accompanied by an agreement on a financial contribution by the United Kingdom.”

Following Mr Barnier’s letter, his counterpart, David Frost has stated the EU must change its position if an agreement is to be agreed.

With talks set to resume next month, Mr Frost said the EU must “evolve” its position as he spoke to the Commons Committee on the Future Relationship with the European Union.

He said: “Our view at the moment is that that mandate, at least in key areas, is not a mandate that is likely to produce an agreement.”

“So if you are asking do we think the EU needs to evolve its position to reach an agreement, yes we do.”

JUST IN: Dominic Cummings’ brutal swipe at Tory bid to oust him exposed