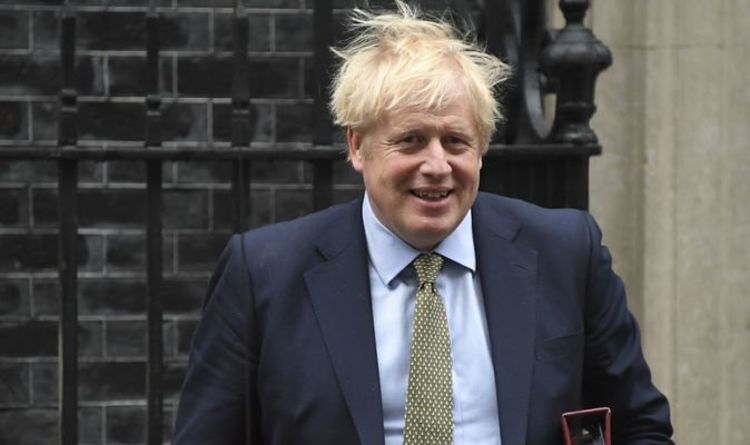 Last week, US officials expressed optimism that an interim deal could be signed as early as the summer. Sources involved in Trump’s re-election campaign told the Sunday Express that there was no reason an agreement could not be reached quickly, as a result of the good relations between the Prime Minister and the US President. An official said: “Boris and the President have a really good relationship so as soon as Brexit has happened the talks for a trade deal between the two countries can get going.

“There is no reason why an interim deal can’t be done for the summer, with some eye catching agreements which will help both the President and Prime Minister.”

However, concern is now mounting among White House staff that the British Government is underestimating the amount of work that still needs to be done to secure a deal before the US Presidential election begins in earnest in the autumn. and Washington shuts down.

The US has already published its formal negotiating objectives in February of last year.

A US administration official told The Sun: “We’re up against the clock because Washington will close down in the Autumn for the election.

“There seems to be a little bit of naivety in the UK government about how complex trade negotiations really can be.

“There are some really sticky issues here – phytosanitary, us buying your lamb and beef, tariffs on cars and trucks, and Congress is then likely to kick up rough when ratifying it.”

As of January 31, the British Government will be free to negotiate its own trade arrangements with all countries that currently have no existing EU deals, such as the US.

The European Union has stolen a march on the UK and successfully concluded a deal to import US hormone-free beef.

The EU’s chief trade official, Sabine Weyand, who was part of Michele Barnier’s Brexit team, is now a frequent visitor to Washington.

A senior Government source told The Sunday Times: “She’s over there trying to steal a march with the Americans.

“If we can do a deal with the the US, that is beef we don’t need to buy from Ireland, which means we have some leverage with the EU.”

Meanwhile, the Irish Taoiseach, Leo Varadkar, last week issued a desperate plea to Brussels to ensure that a trade deal with Britain is concluded as quickly as possible.

Mr Varadkar, who faces a general election in February, reminded the EU that securing favourable trading terms with the UK was vital to protect jobs.

ByThe outspoken former footballer was pictured wandering around Marks & Spencer in Barnes, south-west London, on Sunday without a mask - after months of...
Read more
U.K.

China ROW: MPs erupt as UK relied on Beijing for PPE worth MILLIONS – ‘Dependent on China’

ByThe figure is part of nearly 12 agreements brokered with companies allegedly linked to the Chinese Communist Party (CCP). It comes after the UK’s...
Read more