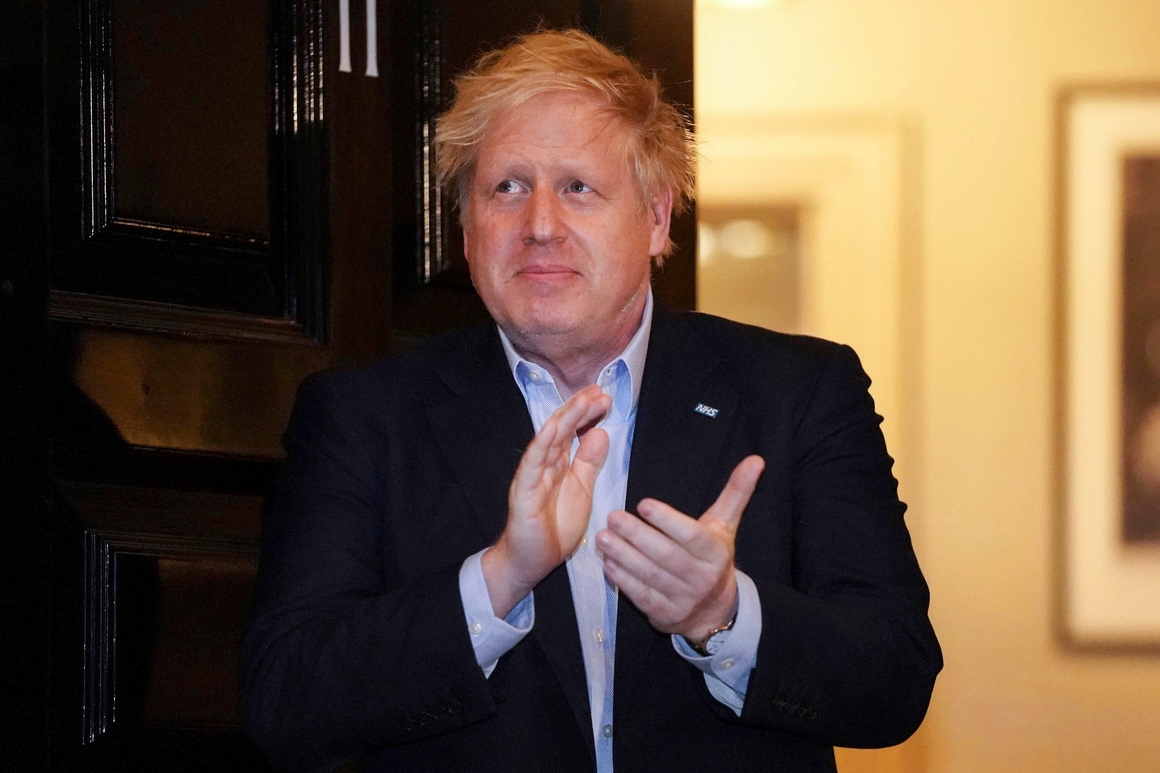 In a statement, a Downing Street spokeswoman said it was a precautionary move and had been taken "on the advice of his doctor."

“This is a precautionary step, as the prime minister continues to have persistent symptoms of coronavirus ten days after testing positive for the virus," the spokesperson said.

The prime minister is expected to stay in hospital overnight, officials indicated, having been admitted earlier on Sunday evening. Downing Street did not say which hospital he was in, and officials emphasized that it had not been an emergency admission.

Johnson confirmed he had tested positive for coronavirus on Friday last week, and has been self-isolating in Downing Street ever since, chairing meetings via videoconference, and having papers and meals left at his door. Ten days on he is still showing symptoms of the illness, including a high temperature.

While officials said Johnson remains in charge of the government, and in contact with his ministers and officials, Foreign Secretary Dominic Raab will chair Monday morning’s meeting of the government’s COVID-19 “war cabinet,” officials said. The Sunday Times reported last month that Raab had been nominated as "designated survivor" should the prime minister be incapacitated.

U.K. Health Secretary Matt Hancock, who confirmed that he had also tested positive for coronavirus on the same day as the prime minister, has since recovered and resumed his public role at the forefront of the government’s pandemic response. Johnson’s fiancé Carrie Symonds has also been ill with COVID-19 symptoms and is self-isolating but has not been tested for the virus.

News of Johnson’s admission to hospital came just over an hour after Queen Elizabeth II gave a rare televised address, which was pre-recorded, to rally spirits in what she said was an “increasingly challenging time.”

“He has still got a temperature … I was lucky, I had two pretty rough days and then I bounced back and some people do get it pretty mildly, and then for others, it’s very, very serious and the prime minister is not at that end of the spectrum.”