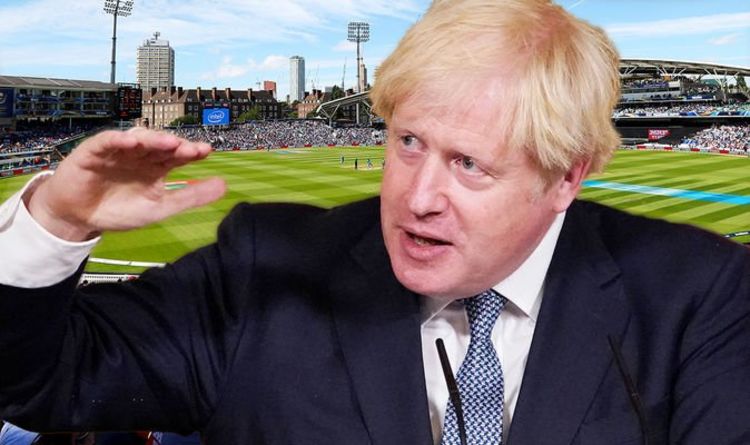 Boris Johnson has decided that fans will not be allowed to sporting pilot events, following a spike in coronavirus cases. The Prime Minister had initially planned for pilots to take place from August 1 including cricket at The Oval.

This week up to 1,000 fans were in attendance to watch Surrey’s friendly with Middlesex in one of the events selected for testing.

Yet now that privilege will be wiped away from tomorrow with Johnson set to knuckle down following a slight increase in people testing positive for the virus.

The decision comes after millions were faced with new regulations following a spike in the north of England.

Households are no longer allowed to mix with Matt Hancock insistent that the increase was due to people visiting friends and family.

Johnson is set to announce that fans will no longer be allowed to attend events at Goodwood, the Crucible and the Oval in the coming days.

It comes ten days after he part the plans in place, with fans set to return to football stadiums in October subject to the spread of the virus.

“We will pilot larger gatherings in venues like sports stadiums with a view to a wider reopening in the autumn,” said Johnson earlier this month.

“From October, we intend to bring back audiences in stadiums. Again, these changes must be done in a Covid-secure way, subject to the successful outcome of pilots.”

Sport has already been taking place behind closed doors in this country though since June.

The completion of the Premier League season was deemed a huge success with thousands of tests carried out before each match.

The final round of testing involved 1574 players and club staff, all of which came back negative.

The government have already created new guidelines for any fans wishing to attend pilot events.

All must agree to a new code of behaviour that includes not attending the event should they be experiencing any COVID-19 symptoms.

Social distancing must also be observed in any seating arrangements inside the stadium or arena.

There will also be one-way systems in operation with numbers also controlled.

Hygiene stations loaded with hand sanitiser will also be placed upon entry and exit points.