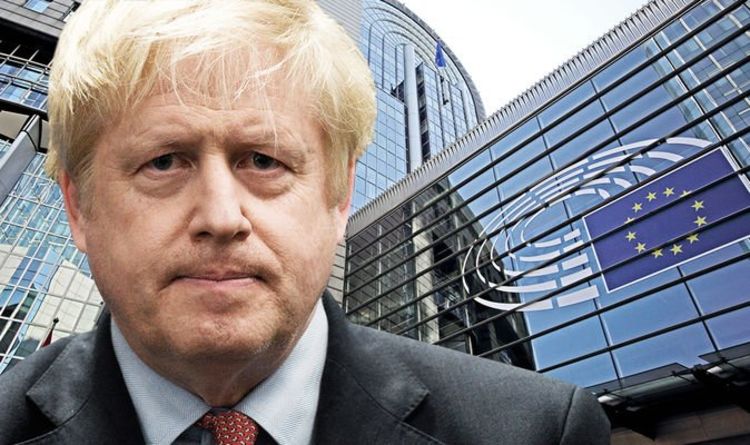 Britain left the EU on Friday after 47 years of membership. Thousands gathered to celebrate in London’s Parliament Square where they were addressed by Brexit Party leader Nigel Farage.

However according to The Sunday Telegraph Mr Johnson believes the EU has been “changing the terms” of the agreement reached last year to seek a comprehensive trade deal.

In response the Government is said to be toughening its stance, and could seek a looser relationship with the EU than originally planned.

Originally Mr Johnson had been pursuing a ‘Canada style’ trade deal modelled on Canada’s Comprehensive Economic and Trade Agreement (CETA) with the EU.

CETA removes 98 percent of duties levied on exports from Canada to the EU, and vice versa, whilst not requiring Canada to sign up to free movement, the supremacy of European courts or to pay into the EU’s budget.

However if the EU refuses to offer this the Prime Minister is reported to be considering an ‘Australian style’ deal, that would see tariffs removed in some areas whilst WTO trade regulations are used for others.

The Sunday Telegraph reports a Government source as saying: “There are only two likely outcomes in negotiation, a free trade deal like Canada or a looser arrangement like Australia and we are happy to pursue both.”

Mr Johnson is set to make a speech on Monday setting out his post-Brexit plans.

He will reportedly demand the UK is treated as an “equal” by Brussels and demand “no alignment, no jurisdiction of the European courts, and no concessions” to the EU.

“Now is the time to use those tools to unleash the full potential of this brilliant country and to make better the lives of everyone in every corner of our United Kingdom.”

To celebrate Brexit a number of Government buildings were lit up in red, white and blue.

Millions of commemorative fifty pence coins are also due to be released.

According to The Sunday Telegraph the Government is also planning a series of new trade deals.

The paper reports they hope an agreement with Japan can be signed by the end of the year.

Separately the UK is said to be hoping to join the Comprehensive and Progressive Agreement for Trans-Pacific Partnership (CPTPP) trade agreement.

This would make Britain part of the third biggest trade block in the world.

The group currently has 11 members including Canada, Australia, New Zealand and Singapore.