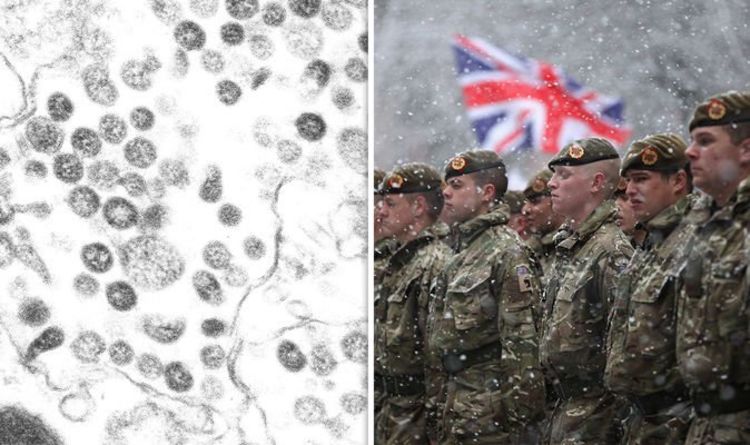 Prime Minister Boris Johnson has also ordered the NHS to buy thousands of private beds as the death rate hit 21 today. The military plans are codenamed Operation Rescript and have been devised by Lieutenant-General Tyrone Urch according to The Mirror. Shadow Health Secretary Jonathan Ashworth had previously said: “The PM said this is the worst public health crisis for a generation.

“It would be completely wrong for the Government not to call on all the resources possible.”

A deal has already been done with private health provider Spire which has 39 private hospitals across the UK.

GMB General Secretary Tim Roache insisted: “It can’t be right that we have plush private hospitals lying empty waiting for the wealthy to fall ill, while people are left in dying in hospitals for the want of a bed.”

NHS Chief Executive Sir Simon Stevens said: “The scale of the challenge we face means we can’t do this alone.

“We need every part of society and every industry to ask what they can do to help the effort.”

The Mirror reports this would cost £300 a day per day.

Hundreds of Army drivers could be drafted to help maintain supplies with service personnel bought in to replenish numbers in all all three emergency services.

Commons Speaker Sir Lindsay Hoyle has meanwhile given a phone number to MPs so they can get specialist advice.

The UK death toll on Saturday nearly doubled from 11 to 21.

The Government Chief Medical Adviser said all patients were from “at-risk” groups.

Of the latest deaths, eight were aged over 80 and all but one had underlying conditions.

Chris Whitty, the chief medical officer for England, said: “I understand this increase in the number of deaths linked to Covid-19 will be a cause for concern for many.