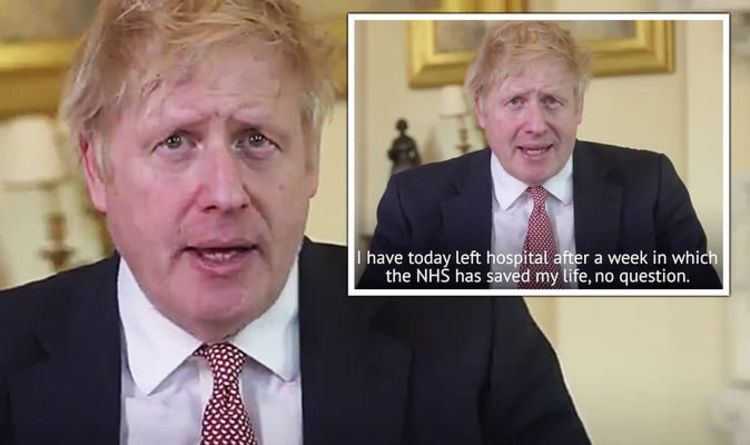 The Prime Minister was discharged from hospital today and posted a video on Twitter where he has pledged to defeat COVID-19. He also asked the public to continue to adhere to social distancing measures. Accompanying a video to the nation, the Prime Minister wrote: “It is hard to find the words to express my debt to the NHS for saving my life.

“The efforts of millions of people across this country to stay home are worth it.

“Together we will overcome this challenge, as we have overcome so many challenges in the past.”

After his condition worsened, the Prime Minister was taken to intensive care.

Within the video, Mr Johnson also thanked two nurses, Luis and Jenny who he said had stood bedside for 48 hours.

In the video, he said: “I have today left hospital after a week in which the NHS has saved my life, no question.

“It’s hard to find the words to express my debt – but before I come to that, I want to thank everyone in the entire UK for the effort and the sacrifice you have made and are making.

“All of his thoughts are with those affected by this illness.”

Mr Johnson’s recovery comes as the number of deaths in the UK has risen by 737.

The total number of mortalities now stands at 10,612.

The figure of 737 only records coronavirus-related deaths within hospital.

He added: “Today marks a sombre day in the impact of this disease.”