Boris Johnson to defy EU over Brexit deadline as PM... 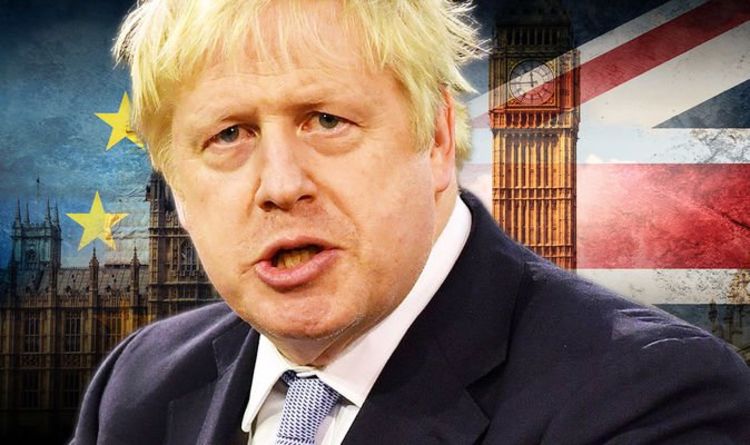 A revamped EU Withdrawal Agreement Bill will enshrine in law his commitment to free the UK from free movement rules and multi-billion payments to Brussels by the end of next year. A Number 10 source said: “Last week the public voted for a government that would get Brexit done and move this country forward – and that’s exactly what we intend to do, starting this week. Our manifesto made clear that we will not extend the implementation period and the new Withdrawal Agreement Bill will legally prohibit Government agreeing to any extension.”

Mr Johnson will assemble his newly rejigged Cabinet on Tuesday in their first gathering since last week’s general election to begin their effort to charge ahead with Brexit after the Tory triumph ended the parliamentary deadlock over the process.

His thumping 80-seat majority means the revamped EU Withdrawal Agreement Bill is set to speed through the Commons without significant opposition.

It will be published on Thursday after the Government’s legislative programme is set out in the Queen’s Speech at the ceremonial State Opening of Parliament.

And Mr Johnson hopes to ensure the process of passing the Bill starts before the Christmas break by holding a vote on the proposal at the end of the week.

Ministers will ask the new Commons Speaker – expected to be former Labour MP Sir Lindsay Hoyle, who succeeded John Bercow shortly before the election – to break with parliamentary tradition by allowing the first and second readings of the Bill to be held on the same day.

The Prime Minister’s spokesman said: “We plan to start the process before Christmas and will do so in the proper constitutional way in discussion with the Speaker.”

Whitehall sources said the Withdrawal Bill has been redrafted to seek to outlaw any extension of the so-called “implementation period” after Brexit when the UK will remain subject to a host of EU rules beyond the current deadline of December 31, 2020.

One source said: “It won’t be a carbon copy of the old Withdrawal Agreement Bill and we won’t be in a world of inviting MPs to extend the implementation period because it’s not even up for discussion.”

The move is likely to be seen in Brussels as a direct riposte to new European Commission President Ursula von der Leyen, who has complained the current timetable is too short to negotiate a new trade deal between the EU and the UK.

Under the existing agreement between the Government and the bloc, the transition could be extended by up to two years.

Whitehall insiders were optimistic about the chances of triggering the Second Reading vote – which will give MPs a chance to endorse the Bill in principle – on Friday.

“We are cautiously hopeful that everyone can get off on their Christmas break having got everything out of the way. It would be a first procedurally,” the source said.

Veteran Eurosceptics in the European Research Group of Tory MPs appeared delighted with the fast-track approach to delivering Brexit last night after meeting the Prime Minister.

Senior backbencher Mark Francois, the vice-chairman of the group, said: “We’re now going to leave the EU so the view of the ERG is that the Prime Minister has played a bit of a blinder.”

Mr Johnson moved to fill in three gaps in his Cabinet yesterday, keeping most of his team unchanged from the line up before the election.

He is expected to be planning a major reshuffle in February after the UK has left the EU.

In a surprise move, he announced that Nicky Morgan will remain as Culture, Media and Sport Secretary despite quitting the Commons at the general election.

She is to receive a peerage as Baroness Morgan to continue in the post.

The appointment replaced Alun Cairns, who quit the role in November.

Ministers signalled a determination to crack on with the job last night.