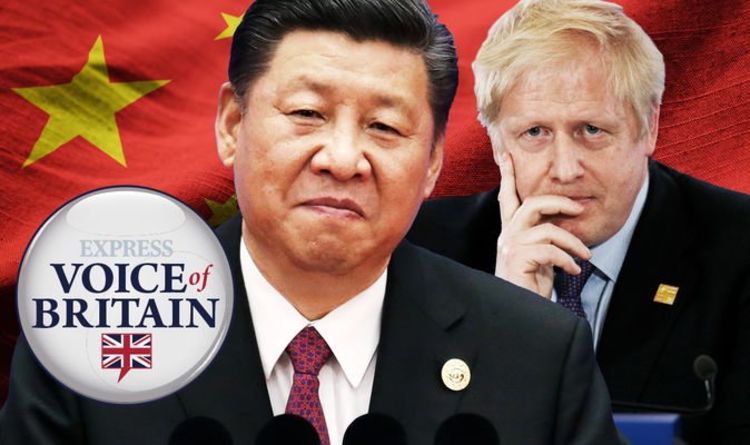 The UK Government is spending close to £1trillion as it desperately tries to protect a creaking economy and millions of jobs. But the coronavirus outbreak is quickly sending the economy tumbling towards a recession that is forecast to be even more damaging than the 2009 financial crisis and one of the most severe in over 100 years. The coronavirus pandemic has triggered a huge collapse in consumer demand, with many businesses forced to close or significantly scale down their operations.

The UN’s trade and development agency has warned the slowdown in the global economy could cost as much as £800billion.

This has led to many politicians and business leaders throughout the world pointing the blame at China – where coronavirus originated late last year – and in particular, at President Xi Jinping.

Beijing has been accused of engineering a cover-up that played down the seriousness of the outbreak.

China is alleged to have not informed the World Health Organisation for months that it was a new version of the coronavirus, and one that was much more transmittable.

Express.co.uk readers are furious, and have demanded the UK punish China for its actions.

The poll, which ran from 1pm until 10pm on April 8 and saw 4,003 votes cast, asked whether Boris Johnson should force China to pay for costs from the coronavirus outbreak.

One furious reader wrote: “It is China’s fault.

“There really need to have a sharp strong message from the whole world that they must start behaving responsibly and give respect to their many neighbours.”

Coronavirus has spread to some 200 countries, with more than 1.5 million confirmed cases and close to 90,000 deaths from the killer outbreak.

Dozens of countries have been forced to introduce strict lockdown measures in a desperate attempt to contain the virus, costing billions of pounds in lost trade and production.