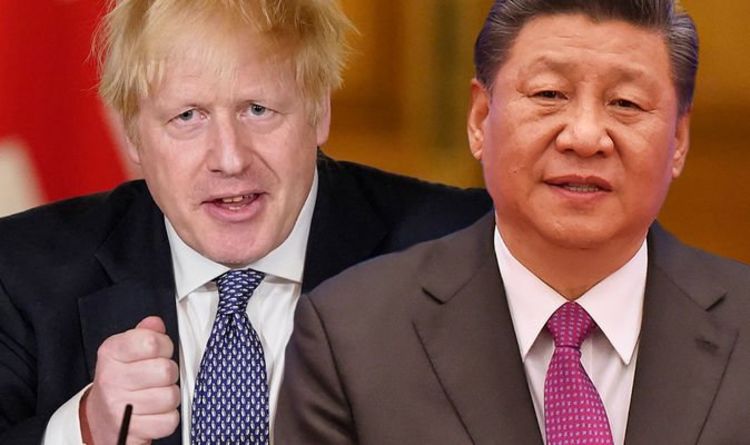 Beijing has been widely accused of not only a campaign of misinformation over the pandemic but also for not cooperating well enough with international partners. China has come under increased scrutiny from members of the Tory party causing the ambassador to the UK, Liu Xiaoming to warn a future relationship between the two countries may now be “poisoned”. Professor for Chinese studies and director of the Lau China Institute Kerry Brown has warned the UK Government may harm any potential trading relationship with Beijing due to the claims.

Speaking to Express.co.uk, he said: “The problem with having a big spat with China is that the biggest potential relationship, the one where there’s the most potential because it’s world’s second-biggest economy is China.

“And if you are leaving the EU and complicating the relationship there, you know, that’s one sort of set of issues.

“If you’re seeking new a partnership and you don’t want to have kind of strong relationship with China, in trade and economics, then it really restricts your options post-Brexit.

“The economic impact from COVID-19 is obviously going to be severe.

“Therefore, it’s going to be even more important to seek new source of growth to create job opportunities.

“If China does emerge from this economically a bit better than everyone else, this big potential source of growth for the UK is gone at a time when the UK really, really needs growth.”

According to statistics from the international trade centre, the US claims 15.5 percent of UK exports while China stands at 6.4 percent in 2019.

JUST IN: French athletes had coronavirus symptoms as early as OCTOBER

The World Health Organisation has stated its belief the virus began naturally.

However, scientists have also stated it is not certain whether the virus did or didn’t emerge from the Wuhan Institute of Virology – the centre of the global controversy.

In April, China rejected call for independent international investigators into the country to evaluate the origin of the virus.

Mr Trump added: “We’re going to be giving a very strong report as to exactly what we think happened.