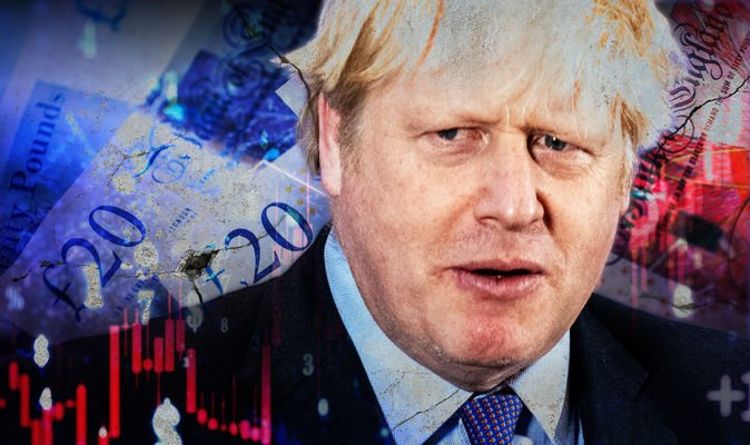 Earlier this month, the Bank of England warned the coronavirus crisis could send the UK economy crashing to its biggest recession in more than 300 years, but financial experts soon chillingly warned: “The worst is yet to come.” The country’s central bank forecast gross domestic product (GDP) had fallen three percent in the first quarter of this year, but warned this could plunge to as much as 25 percent in the current three month period between April and June. This would result in a near-30 percent drop overall in the first half of this year and would subsequently be the deepest recession since the “great frost” of 1709.

The Bank of England scenario has also forecast GDP could fall by as much as 14 percent this year, while the unemployment rate could hit nine percent as the coronavirus crisis continues to ravage the economy.

On Tuesday, Rishi Sunak warned the UK will see a “severe recession” which the country has never seen before and that three million people could lose their jobs as a result of the coronavirus crisis.

Claims soared by a record 846,500 to 2.1 million in April – the UK’s first full month in lockdown – according to the Office for National Statistics.

Prior to the release of those figures, Ben Harris-Quinney, chairman of the Bow Group think tank, lashed out at the Conservatives’ economic approach before the coronavirus outbreak struck as it primarily focused on heavy borrowing and spending.

He added that despite many Britons believing the Tories implemented austerity in 2010, the national debt has in fact doubled over the past decade.

Mr Harris-Quinney told Express.co.uk: “Boris’ economic approach, even before coronavirus struck, could have been presented by Gordon Brown.

“It focused heavily on borrowing and spending, and there was very little to mark it as conservative.

On Tuesday, Mr Sunak warned there may be no immediate economic bounce-back when the coronavirus lockdown eventually ends.

The Chancellor said: “No doubt there will be more hardship to come. This lockdown is having a very significant impact on our economy.

“We are likely to face a severe recession, the likes of which we haven’t seen, and of course that will have an impact on employment.”

Mr Sunak also warned the length and depth of that recession will be determined by how long the UK remains in lockdown.