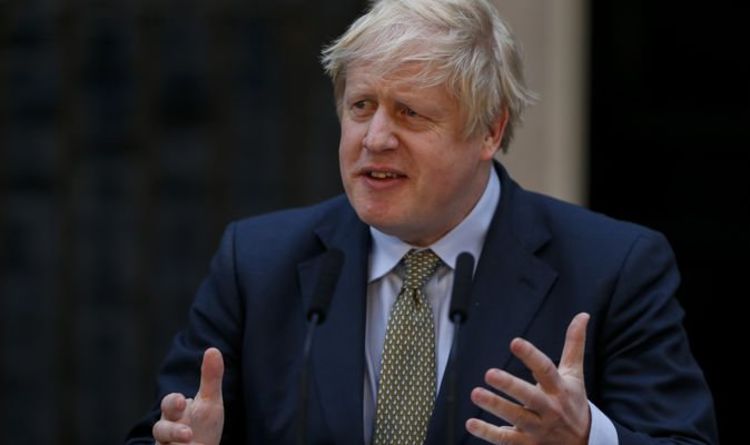 Daily Mirror Political Editor Pippa Crerar tweeted: “New fact: Boris Johnson’s persistently high temperature has fallen. Good news.” She had also retweeted a picture of The Times’ front page from today, which said: “Mr Johnson’s condition was described as stable and he was in good spirits, according to an update from St Thomas’ Hospital at 7pm yesterday. “The Times also understands that his persistently high temperature has also fallen.”

Mr Johnson, 55, was admitted to St Thomas’ Hospital, across the River Thames from parliament, late on Sunday after suffering symptoms including a fever and a cough for more than 10 days.

His condition deteriorated, and he was moved on Monday to an intensive care unit in case he needed to be put on a ventilator.

In an update on Tuesday evening, his Downing Street office said he would remain there for close monitoring and no further update was expected before Wednesday.

Queen Elizabeth wished Johnson a full and speedy recovery and sent a message of support to his pregnant fiancée, Carrie Symonds, and his family, echoing warm words from the likes of US President Trump and other world leaders.

Foreign Secretary Dominic Raab has been standing in Mr Johnson.

He said on Tuesday that Mr Johnson is receiving oxygen support but is stable, in good spirits and breathing without assistance, before adding that he had not needed mechanical ventilation.

“I’m confident he’ll pull through because if there’s one thing I know about this prime minister, he’s a fighter, and he’ll be back at the helm leading us through this crisis in short order,” Raab told a daily news conference.

He said: “I’ve got total confidence in the arrangements that the prime minister has put in place so that I can discharge responsibility for him, deputising for him while he’s out of action, and obviously we hope that will be for a very limited period of time.”

He said decisions were being made collectively by the cabinet, a number of whom have also tested positive for the virus.

Cabinet Office minister Michael Gove was the latest to self-isolate.

The government is due to decide early next week whether to start easing a near-total economic and social lockdown meant to stem transmission of the virus.