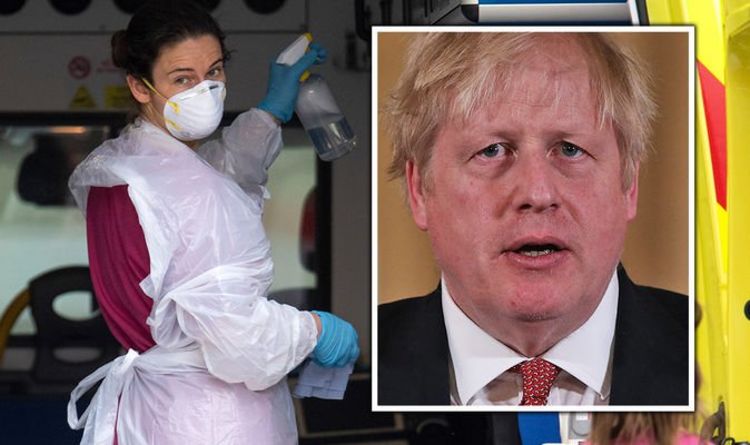 The Prime Minister has been checked into hospital Sunday night as a “precautionary” measure. He still has persistent symptoms of the virus after 10 days.

While hospitalised the Prime Minister is expected to undergo several tests focusing on his oxygen levels, white blood cell count, and liver and kidney functions.

He is also expected to undergo an electrocardiogram to check his heart is in good condition.

His spokesperson stated that his admission was not for emergency purposes.

It was also confirmed that Mr Johnson will remain in hospital overnight.

They reported that the Prime Minister “thanks NHS staff for all of their incredible hard work”.

The spokesperson also urged the public to “continue to follow the government’s advice to stay at home, protect the NHS and save lives”.

GP Dr Sarah Jarvis told the BBC that the Prime Minister would also have his chest X-rayed and lungs scanned.

This is particularly important if he was found to be struggling for breath as a result of contracting the virus.

Dr Jarvis said around 80 percent of people who contract the virus only suffer from mild symptoms.

The remaining 20 percent would suffer moderate to severe illness, which leaves patients susceptible to pneumonia.

Dr Jarvis also said it would be difficult for the Prime Minister to carry on working as those with more serious symptoms tend to become breathless and suffer from exhaustion.

“At the severe stage, they may become more breathless even at rest and find it difficult to speak more than a couple of sentences.

“Those are the levels at which you should be calling for emergency help.

“Given that we have been told that at this stage this is routine, his brain certainly sounds like it is getting enough oxygen, but it is clearly exhausting.”

He said: “If a patient is developing pneumonia, it can get progressively worse very quickly and hence early admission upon the first signs of difficulty with breathing are very important.”

Prof John Wilson, president-elect of the Royal Australasian College of Physicians and a respiratory physician, told Guardian Australia that COVID-19 pneumonia differs substantially from normal strains, affecting all of the lungs.

He said: “Once we have an infection in the lung and, if it involves the air sacs, then the body’s response is first to try and destroy [the virus] and limit its replication.”