Boris: Our Decade Of Hope And Glory: PM hails new chapter for a prosperous Britain 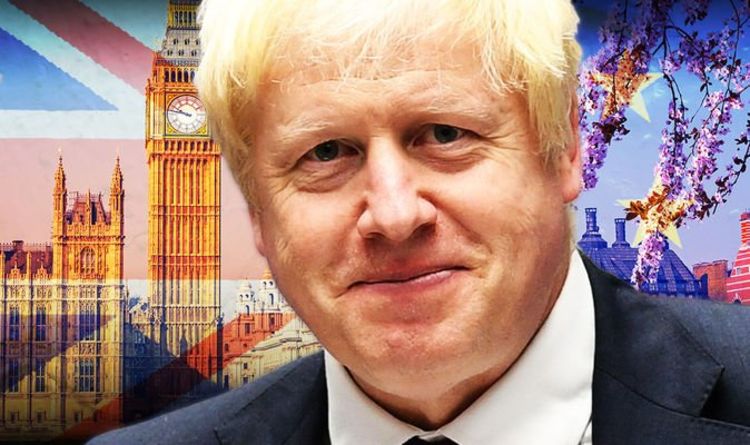 Mr Johnson, who swept to power in last month’s General Election thanks to support in traditional Labour heartlands, promised to bring the country together by being a PM “for everyone”. In his bold address, he told Remainers and voters who backed other parties that he will work with them as “friends and equals” to build a bright future. Mr Johnson said: “I know that many of you do not consider yourself natural Tories and may only have lent me your vote. I am humbled by your support and will work every day to keep it.

“I am also acutely aware that there are millions of people who did not vote for me and were disappointed by the result.

“If you are one of them, I want to reassure you that I will be a Prime Minister for everyone, not just those who voted for me.

“I know that you love this country no less, simply because you voted for another party or Remain.

“More than that, I want to work with you, as friends and equals, as we build the future this United Kingdom deserves. So let us together make the 2020s a decade of prosperity and opportunity.”

Big Ben, which has been silenced to allow maintenance work to be carried out, was reconnected so it could chime at midnight to see in the New Year.

And Mr Johnson said the “starting gun” had been fired on “a fantastic year and a remarkable decade”, promising to work his “socks off” to deliver on the priorities of the public.

He added: “As we say goodbye to 2019, we can also turn the page on the division, rancour and uncertainty which has dominated public life and held us back for far too long. We can start a new chapter in the history of our country, in which we come together and move forward united, unleashing the enormous potential of the British people.”

The PM is on holiday with his girlfriend Carrie Symonds on the private island of Mustique in the Caribbean.

Top of the agenda upon his return is to deliver Brexit by the end of January.

The Withdrawal Agreement to make that happen has already been introduced in the Commons. It will continue its passage through Parliament when MPs and peers return from the Christmas break next week.

Mr Johnson said: “So we’ll get Brexit done before the end of this month.

“At long last, we will take back control of our laws, borders, money and trade.”