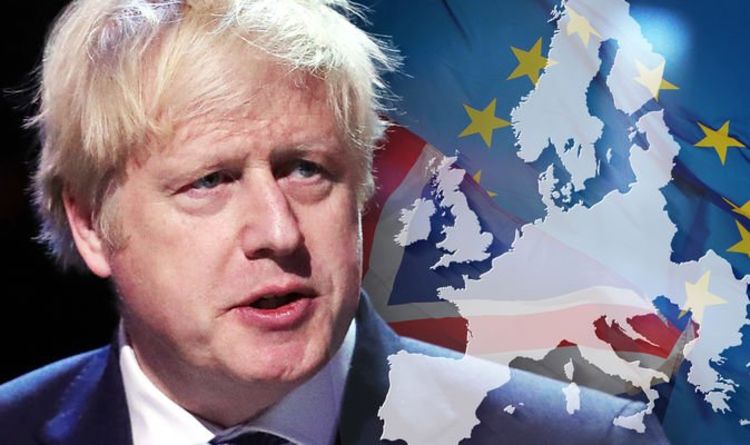 The Prime Minister will deploy senior ministers on special diplomatic missions in a bid to bolster the UK’s influence on the continent. Express.co.uk understands British diplomats will be ordered to schmooze their European Colleagues and keep information channels open after being shut out of key Brussels meetings as the UK remains tied to the bloc’s rulebook, as part of the Brexit transition period. Europe Minister Christopher Pincher became the last Briton to attend an EU Council meeting in the Belgian capital ahead of Britain’s departure from the bloc.

Dozens of experts have already been moved to Brussels, as part of a 50 percent staff increase since the 2016 referendum, at the main embassy.

They will support the PM’s chief negotiator, David Frost, who has been put in charge of 40 civil servants, in delivering a trade deal with the EU.

Other diplomatic outposts in European capitals will focus on continuing to build relationships that could even circumnavigate EU negotiator Michel Barnier’s influence on the talks.

In a leaked negotiating document, the bloc expressed fears talks could splinter into “separate negotiations”.

A “single negotiating channel” with Britain remains an “imperishable EU principle”, it added.

Brussels is expected to open formal negotiations with the UK on March 3 after EU governments rubber-stamp their negotiating strategy late next month.

Ahead of the ministerial meeting in Brussels today, Paris and Berlin cast doubt on whether Mr Johnson can strike a trade deal by the end of the year.

She said: “It is impossible to imagine a completely new trading system in 11 months.”

He said: “Everybody has to realise that the games have come to an end now. Our offer is on the table – as close a relationship as possible.”

He added: “I come here to reiterate to my European colleagues that while we are leaving the institution of the EU, we are not leaving Europe. We will continue to be partners and friends and we’ll continue to honour our shared history, civilisation and values, and we’ll stand together as sovereign equals in defence of those values.

“We are very clear that we are an optimistic, outward-looking, free-trading nation and we will look for friendly cooperation with the EU based on a free-trade agreement as set out in the political declaration.”

ByOne passenger shared a video of fire engines greeting the plane's arrival in Heathrow, adding: "That was a long 10-minute emergency landing." Passengers have...
Read more