Boris urged to BAN public events in Britain amid coronavirus fears – 'Shut the lot down!' 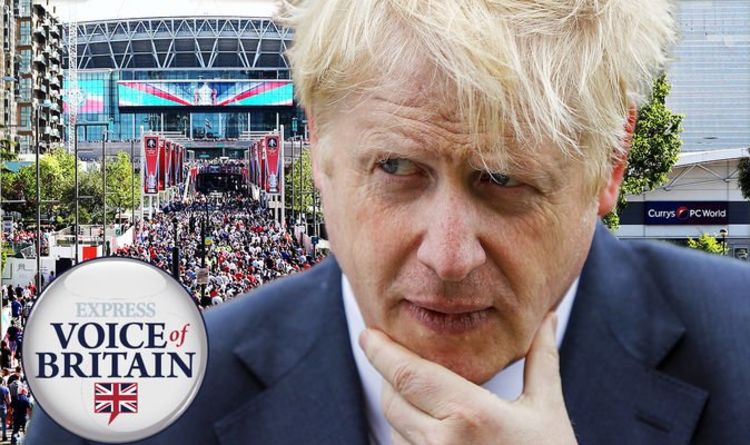 It comes as Public Health England announced the number of UK cases of coronavirus rose from 39 to 51 on Tuesday.

Express.co.uk readers took to the comments to urge the Government to shut down public events.

One person said: “We should ban all public events where more than 1,000 people are likely to gather. Big crowds are a sure way to spread the disease.”

A second wrote: “It is always better to be safe than sorry – no-one knows how this virus will pan out over time, so why take any more risks than we have to.”

A third person said: “If, by shutting down public events for a months or so helps to halt, if not reduce the spread, then, with luck, warmer weather, in the interval, may help to ensure that the virus runs its course without endangering more people and claiming more lives.”

One person listed off what areas should have restrictions imposed.

They wrote: “All sports events, shopping centres, the tube, railway stations, buses, taxis, airports… shut the lot down until people get the message.”

Another user said: “Makes sense to cancel all public events for the foreseeable future!”

Speaking at a special press conference in Downing Street, the Prime Minister vowed officials are “ready to take necessary steps” to contain coronavirus and protect the vulnerable.

Mr Johnson the plan will pan out in the four stages of containing the virus, delaying the spreading, researching for a cure and mitigating the impact of COVID-19 – its official name.

According to the 27-page document that sets out the UK’s response, the virus could lead to a fifth of workers being absent.

Other measures aimed at delaying the spread of the virus could include school closures, “reducing the number of large-scale gatherings” and encouraging greater home working.