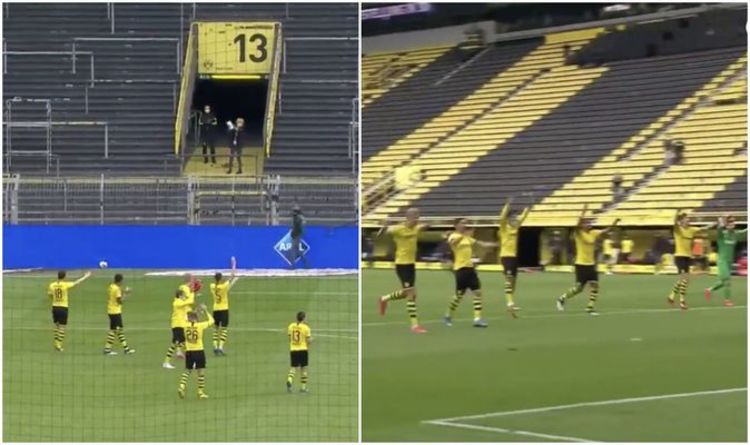 And Raphael Guerreiro doubled the hosts’ lead before the break, firing low beyond Markus Schubert after the goalkeeper’s clearance found a Dortmund player.

The game was over within three minutes of the second half as Thorgan Hazard, having provided a sublime cross for the opener, hammered an effort beyond Schubert to make it 3-0.

And Guerreiro added his second and Dortmund’s fourth shortly after the hour, capping off a sublime team move with an outside-of-the-foot finish.

Paul Lambert, who won the Champions League as a player for Dortmund in 1997, joined BT Sport to analyse the match and said: “The lack of atmosphere is a really strange thing, I’ve played in front of that crowd and it can work both ways.

“It’s strange and I think it’s going to take a lot of patience for players to get used to that lack of atmosphere.