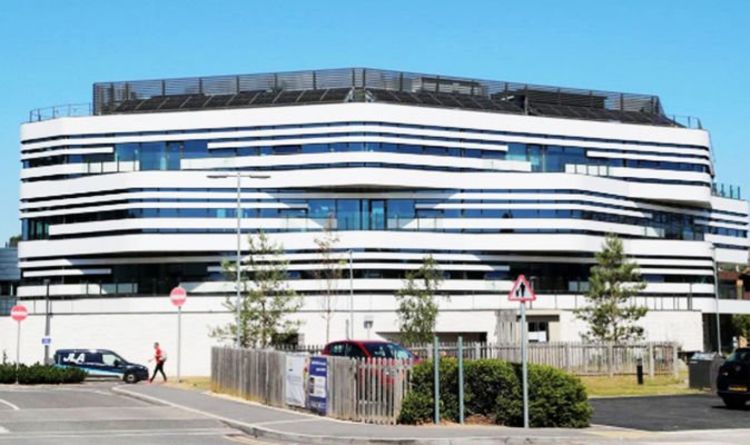 The Dorset institution saw police flock to the grounds this afternoon as students reported a helicopter outside. A man was reported to the police to be near the University while wearing an outfit which “resembled a suicide vest”. Police said later it “was established that it was believed to be someone running in a fitness vest.”

During the lockdown, University students took to Twitter to discuss the incident.

A Twitter user said: “Urm, something bad is happening @bournemouthuni.

“Everyone is being asked to keep in doors.”

A second commented: “Bournemouth Uni is currently on lockdown at the moment. The reason is unknown, but no one is allowed to leave the building we’re in”.

Another said: “Bournemouth uni is on lockdown & there’s police and a helicopter I’m trapped in the library.”

As the incident was unfolding, some online commentators suggested someone had been injured – but that later turned out to be false.

At around 15.35pm, Bournemouth University wrote on Twitter: “There is currently a police operation underway at Talbot Campus.

“We will provide more information when we have it but would ask you to avoid speculation at this time.”

And, at just after 4.15pm, the University provided another update on the situation on Twitter.

They wrote: “We can confirm that our Talbot Campus is now reopen – thank you for your cooperation during this time.”

A spokesman from Bournemouth University told Express.co.uk: “The buildings have now reopened.

“Concerning speculation online around someone being injured, there are no reports of anyone being hurt.”

The spokesman also said the University was set for a briefing at 4pm with the police to discuss why they were asked to close buildings but added: “As far as we are concerned there is nothing to report”.

At around 4.40pm, Dorset Police released a statement following the earlier incident near to Bournemouth University.

The statement read: “Dorset Police received a report at 2.33pm on Friday 10 January regarding a security alert relating to a man seen in the area of the Boundary roundabout near to Bournemouth University.

“An initial report suggested the man could be wearing something that resembled a suicide vest.

- Advertisement -
Facebook
Twitter
Pinterest
WhatsApp
Linkedin
ReddIt
Email
Tumblr
VK
Previous articleHolidays 2020: Get the most for your travel money by visiting these destinations
Next articleGrantchester: Fans slam return of 'outdated' Geordie ‘Bring him out of the dark age'