Bowel cancer symptoms: How the shape of your stools could... 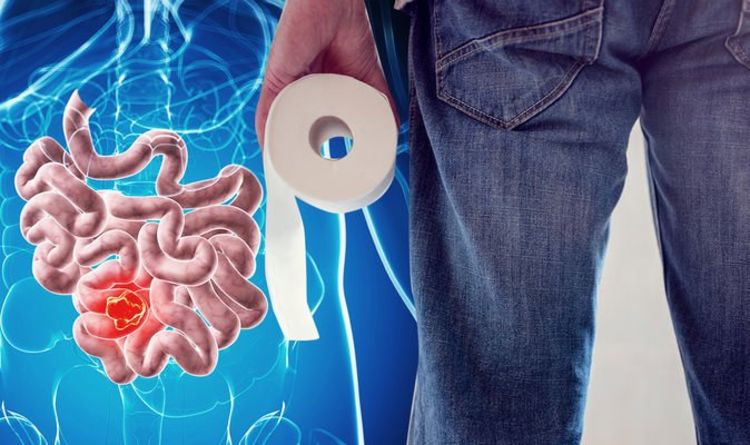 Bowel cancer is one of the most common types of cancer in the UK, with more than 40,000 people being diagnosed with it each year. Most people diagnosed with it are over the age of 60. As there’s currently no cure for cancer, spotting symptoms as early as possible allows for the best chance of survival.

The clinic continues: “Irritable bowel syndrome (IBS) is another condition that may cause changes in the size of your stools, so that they’re smaller, larger or narrower than usual.

“IBS also causes changes in the consistency of stools.”

The three main symptoms of bowel cancer are listed by the NHS as:

The health body further advises: “Most people with these symptoms do not have bowel cancer.

“Other health problems can cause similar symptoms. For example blood in the stools when associated with pain or soreness is more often caused by piles (haemorrhoids)

“A change in bowel habit to going less often, with harder stools, is not usually caused by any serious condition – it may be worth trying laxatives before seeing your GP.

“These symptoms should be taken more seriously as you get older and when they persist despite simple treatments.”

How to test for bowel cancer

Alongside recognising symptoms of bowel cancer it’s important to take part in screening.

Screening may detect bowel cancer in its early stages before you have symptoms.

In England, Wales and Northern Ireland, everyone between the ages of 60 and 74 are sent a bowel cancer screening kit. If you’re over the age of 74 you can also request a kit.

Bupa explains what’s in the kit: “The screening kit contains a faecal occult blood (FOB) test that can detect small amounts of blood in your poo. (‘Occult’ just means hidden.)

“The FOB test doesn’t diagnose bowel cancer – the results show if you need to have your bowel examined.

“Even if you have a screening test with a normal result, if you have symptoms, you should still see your doctor.

“The Department of Health is also rolling out a bowel scope screening programme in some parts of England. If you live in one of these areas, you’ll be invited to have a sigmoidoscopy test around your 55th birthday. You’ll still be sent a bowel cancer screening kit after you’re 60.”