Boxing Day: 50 percent would prefer to spend day in... 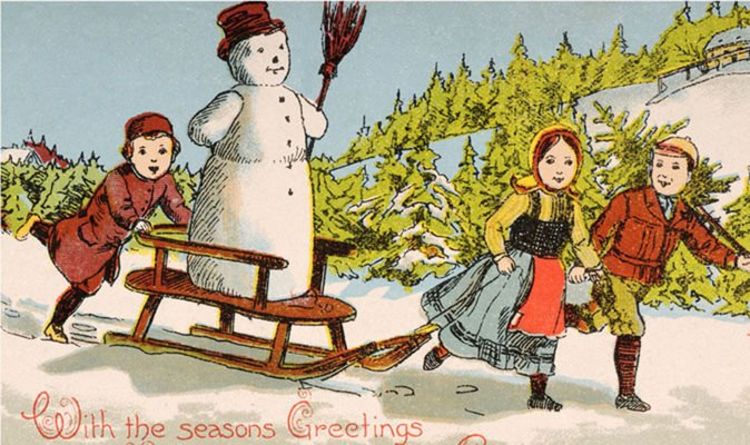 More than a third of adults normally host or visit close family for the second day of celebrations while one in 10 is usually dragged around the sales. And one in five builds up to putting together another big Christmas dinner. But exactly 50 percent agree their “perfect” December 26 would be spent in their local watching endless games of footie.

A quarter would rather spend their time meeting up with friends and 16 percent would just like to curl up with the dog all day.

Chris Conchie, the head of sport at pub company and brewer Greene King, which commissioned the research to celebrate a huge Boxing Day of sport, said: “While Christmas is certainly a time for family, after being stuck in the house for days on end many people feel a break to see friends in the pub will be welcomed by 26 December.

“Boxing Day is a great opportunity to escape for a few hours and catch up on the sport, and more than 900 Greene King pubs will be showing the Boxing Day Premier League fixtures on Amazon Prime, so we’re expecting to see lots of post-Christmas sports fans.

“If you don’t normally visit the pub over Christmas this could be a break from the norm, and the perfect way to save getting stuck in a festive rut after the big day is over.”

According to the study, some of Brits’ biggest Boxing Day grumbles include enduring the same old films on TV (21 percent), the house being a mess (23 percent) and feeling a desperate need to exercise (13 percent).

Another 11 percent complain about being forced to play endless board games like Monopoly all day long.

The same amount struggles to maintain cordial relationships with family members, while one in 20 gets fed up with having to spend all day building complicated kids’ toys.

More than a tenth also confess to experiencing “cabin fever” after spending too long rattling around the same house.

It also emerged adults will spend nearly four hours slumped in front of the TV on Boxing Day, after cleaning for an hour and a half.

They’ll also have to drive for half an hour to visit seven different relatives, friends or neighbours, according to the OnePoll survey.

For Brits who are able to escape to the pub this Boxing Day, 14 percent hope to actually spend all day there.

They’d like to sink four pints, get through four portions of chips and three packs of nuts while they catch the seasonal sports.

“Most notable is the top-of-the-table clash between Leicester City and Liverpool at 8pm, but there are lots of other big games as well.

“Almost the whole league will be represented, including games between Manchester United and Newcastle, and Spurs against Brighton.

“There’s nothing quite like the atmosphere of watching the game in the pub at Christmas, particularly after being stuck in the house and visiting family for days on end.

“So rather than forcing down another turkey sandwich, it’s worth braving the cold to visit your local this Boxing Day.”

1. The house being a mess

3. Having to tidy up after Christmas Day

4. Feeling bloated all day due to food and drink overload

5. Realising you have to find a home for everything you unwrapped the day before

6. Having to visit your partner’s family

8. Being forced to play Monopoly or other board games all day

9. Seeing stuff you already bought appear in the sales

10. Having to be nice to people for a long period of time

Boxing, percent, prefer, rather, relatives, spend', than, would