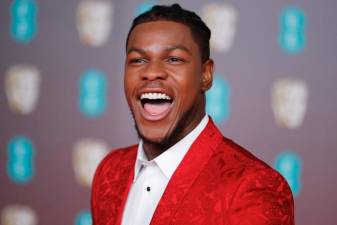 NETFLIX has chosen an actor from the ultra-popular Star Wars universe to develop films on African stories, the American press reported on March 10.

The project will play a key role in the American streaming giant’s drive to conquer the African market on which it is betting heavily.

The star of the forthcoming drama Naked Singularity, John Boyega has cut a deal to develop films for the American giant Netflix.

The man best known for his role as Finn in such films as Star Wars: The Rise of Skywalker is to produce films aimed at developing the streaming platform’s market in Africa, reports the American press.

Via his company UpperRoom Productions, the British actor will oversee the production and development of films, shot in languages other than English that are mainly focused on East and West Africa.

According to Variety, John Boyega’s company has said it “will develop film projects based on stories, cast, characters, crew, literary properties, mythology, screenplays and/or other elements in or around African countries.”

“I am thrilled to partner with Netflix to develop a slate of non-English language feature films focused on African stories, and my team and I are excited to develop original material,“ said John Boyega.

He further added, “We are proud to grow this arm of our business with a company that shares our vision.”

“Africa has a rich history in storytelling, and for Netflix, this partnership with John and UpperRoom presents an opportunity to further our investment in the continent while bringing unique African stories to our members both in Africa and around the world,“ pointed out David Kosse, vice-president of international film at Netflix.

The American giant has already taken steps to build audiences on the African continent with Queen Sono, its first original African series, which launched amid a blaze of publicity in Johannesburg on February 27.

Since then, Netflix has greenlit another South African series Blood & Water, which is aimed at teenagers, and the animated series Mama K’s Team 4.

For his part, John Boyega has already produced the 2018 film Pacific Rim: Uprising, a science-fiction action feature in which he also played the role of the main character. – AFP