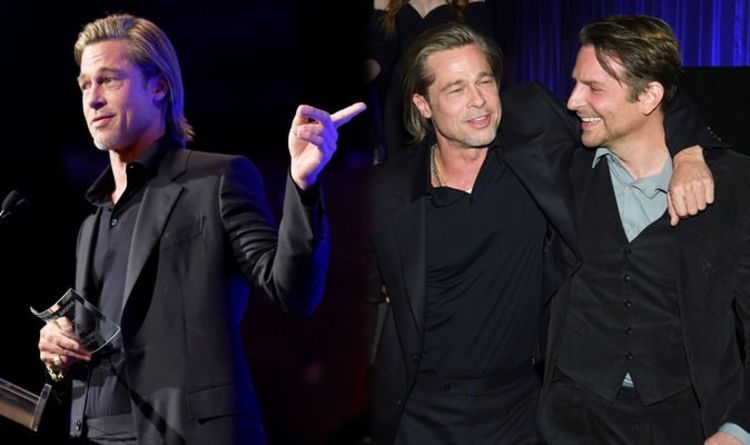 45-year-old Bradley took the stage in a black suede suit to introduce his friend, and the two embraced after the heartfelt speech.

Since becoming sober, Brad believes he’s better able to deal with emotions, telling GQ Style months after Angelina filed for divorce that he had been “running from feelings.”

“Well, I saw it as a disservice to myself,” he explained, “As an escape.”