Breast cancer: Women ‘too ashamed’ of breasts to spot health... 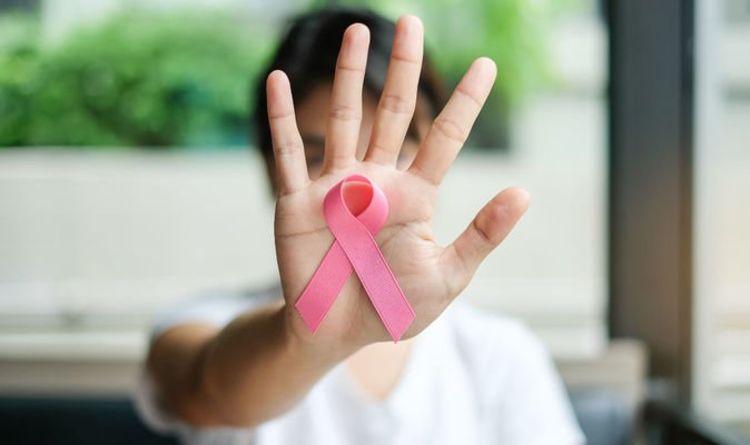 A study found that those who dislike their own body’s appearance are less likely to notice lumps which could be an early warning of cancer.

They are also liable to put off going to see doctors for examinations because they feel too self-conscious, say findings described as alarming.

Experts say a growing number of women are being made to feel their breasts are inadequate, an issue which has significant implications for their physical and psychological wellbeing.

The study by Cambridge’s Anglia Ruskin University found more than seven out of 10 women are unhappy about their breasts.

British women are more likely to feel that way than their counterparts in almost any other country, according to the worldwide research,

The work involving 18,541 participants across 40 countries is the largest body image study ever undertaken.

Almost half of women who took part (48 percent) wanted bigger breasts while fewer than a quarter (23 percent) would have preferred them to be smaller.

Fewer than a third (29 percent) reckoned they were just right.

The findings come in the wake of claims that TV reality shows such as Love Island, The Only Way Is Essex and Absolutely Ascot are fuelling an “epidemic” of boob jobs.

He said: “Our findings are important because they indicate the majority of women worldwide may be dissatisfied with the size of their breasts.

“This is a serious public health concern. Breast cancer is the leading cause of female cancer-related deaths and poor survival rates are associated with poorer breast awareness.

Women in Britain, Brazil, Japan, China and Egypt are the most dissatisfied about the difference between their breasts’ actual and ideal size.

Prof Swami said: “Our study found a direct link between greater breast size dissatisfaction and poorer breast awareness, as seen through lower frequency of breast self-examination and lower confidence in detecting changes in the breasts, and this requires urgent public health intervention.”

The Breast Size Satisfaction Survey published in Body Image involved more than 100 international experts. The average age of the women taking part was 34.

The study also found dissatisfaction was linked to worse psychological health, including lower levels of self-esteem and happiness.

Unhappy respondents were also more prone to having concerns about their weight and overall appearance.

Breast cancer is the most common form of the disease in women, with 54,500 new cases diagnosed in the UK in 2016.

It claims around 11,500 lives annually in Britain. Last year it killed more than 600,000 people across the world.

She went on to accuse television shows of giving young viewers unrealistic ideas about what their body image should be like.