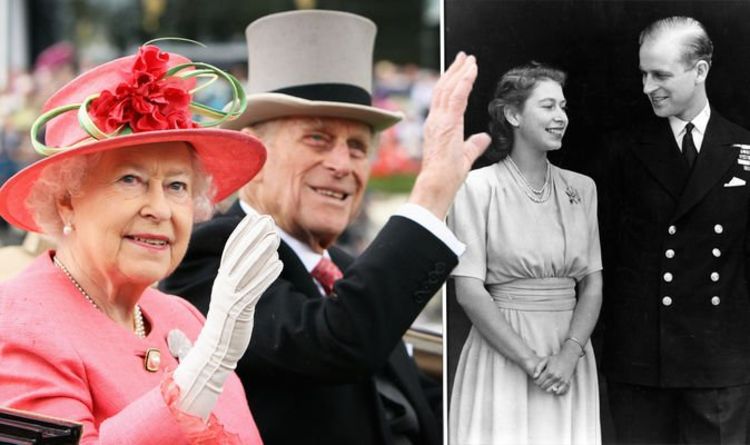 In fact, the pair have always embodied the romantic dream of a princess and an officer, according to Judi.

She told said: “In an era of films like ‘Rebecca’ and ‘Gone with the Wind’ Philip’s alpha and very dominant body language would have defined him as the perfect romantic hero.

“All of Elizabeth’s power and wealth are swept aside, gazing up at Philip with an expression that suggests the crush that began when she was a young girl watching Philip show off by jumping over tennis nets is still very firmly intact.”

Analysing an image of the pair shortly before their wedding, Judi said: “Philip is a powerful presence here in his full naval uniform, sitting legs splayed and leaning over Elizabeth, gazing down at her to suggest undivided attention.

“These are powerful old-school flirt rituals of the like we might not see once the duke has gone.

“Charles has inherited some of the traits but his ‘dashing’ facial expression involves a puckering and steepling of the brows that suggest much lower levels of self-confidence and higher levels of self-pity.”

Philip saved his flirting for his wife, the expert told Express.co.uk.

“His strongest public displays of genuine flirting, as opposed to rituals of social cohesion, have always been aimed at the Queen, though,” Judi said.

“What modern women might see as a patronising tendency to display very dominant and parental signals of approval and affectionate amusement (her is also rumoured to call HM ‘sausage’) would have appeared breathtakingly romantic to an earlier generation.”

The Queen made a hugely touching gesture to Prince Philip this year, choosing only one picture to take pride of place in her Christmas Speech.

She selected an image of Philip in his younger years.