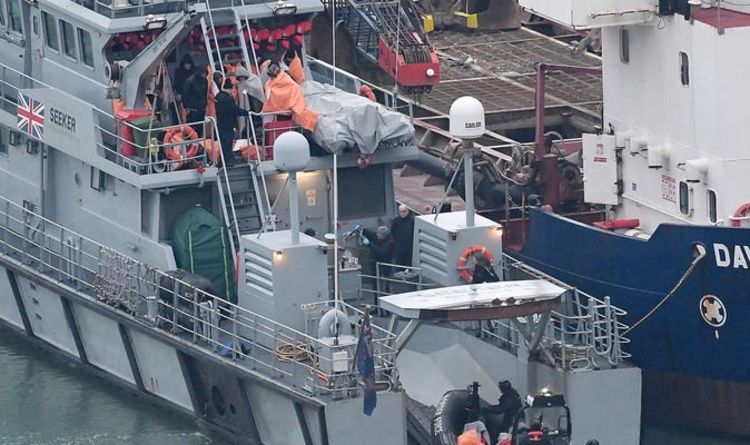 More than 1,700 migrants made the journey last year, compared with 297 in 2018. Three small boats were picked up on New Year’s Eve and 43 Iranian, Iraqi and Afghans, including eight children, were taken to Dover. Only 125 migrants intercepted over the last year have been returned to mainland Europe. ISU general secretary Lucy Moreton said: “One of the drivers, we are being told, is that people smugglers are telling these folk that after Brexit, Britain will close in some way. The criminals are using this to try and drive more business.”

Home Secretary Priti Patel says that the Government will bring in tougher controls to crack down on criminal gangs after Brexit.

Last year, 100 people smugglers were jailed for a combined total of more than 320 years. Czech national Jan Ziga received the longest, 10 years, after hiding 21 Afghans in a secret compartment in his lorry.

Iranian Samyar Ahmadi Bani, of Barking, Essex, was given six years after being caught in the Channel in June and Afghan Mohammad Rahim, of Greenford, Middlesex, received six years for hiding 20 people in his van at the port of Hull.

Immigration Enforcement thwarted 663 organised crime gangs during 2019 and in France, there have been 16 successful prosecutions which saw 30 people jailed for three months to six years.

Miss Patel said: “We are throwing the full force of the law at the organised crime gangs whose fake promises and lies deliberately put desperate people in real danger.

“When we leave the EU, the Government will introduce tougher controls to clamp down on this ruthless trade.”

But Miss Moreton said the number of prosecutions was not sufficient to prevent the traffic and the Channel crossing “is becoming very much a business-as-usual route”.

She told Radio 4’s Today programme: “We do normally see an increase in clandestine migration over Christmas, but that’s the first time we have seen it quite so dramatically in small boats.

“We are now starting to see people that are trying to do this on their own. There’s a gentleman in flippers, two in a kayak, that type of thing.”

If they have bought a “package” from a crime gang to cross the Channel, that “tends to come with a fixed story of who you are and why you are fleeing”, Miss Moreton said. A record 86 migrants crossed the Channel in one day in September and more than 250 attempted the crossing last month.

A Border Force cutter and two coastal vessels patrol the Channel but once migrants attempt the crossing, officers do not try to stop them.

Miss Moreton said: “They are there primarily to ensure life. Once the vessels are in the water, it’s quite common for the migrants to threaten their own lives if approached, particularly by a French vessel.