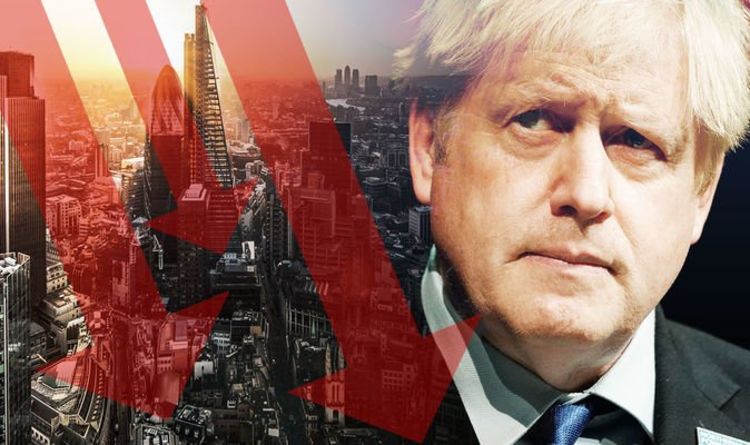 The latest figures from the London Stock Exchange show just 34 companies listed over the course of the year – the lowest since 2009. This has resulted in a 62 percent drop in the number of initial public offerings (IPOs) from 2018, which far outstrips the 19 percent fall in the global total. Equity raised through floatations plummeted by over £2billion to £3.7billion from just over £6billion last year.

IPOs have been under huge pressure around the world, reflecting concerns over the ongoing trade war between the US and China and fears over the health of the global economy.

Appetite from investors for new listings has continued to be hit by the disappointing performance of huge debuts such as Uber, which has lost 37 percent since its debut in May, and the cancelled floatation of WeWork in September.

The past year has also seen more companies leave the London Stock Exchange’s main market than join it.

Listings that did hit the stock market also tended to be smaller, with only online train booking service Trainline and payment solution provider Network International raising more than £1billion in 2019.

But Bella Brandon, executive director of London-based brokerage Olivetree, said investors had been reluctant to put “big money to work” in UK markets this year over fears of the repercussions from Brexit and the general election earlier this month.

UK stocks have fallen way behind counterparts in 2019, with the FTSE 100 rising by just under 13 percent, compared to a 26 per cent rally in Germany’s Dax and 28 percent growth in the US S&P 500 benchmark.

Leading company executives have sounded the alarm, warning the UK has become a less attractive place to be a listed business because of the greater scrutiny over corporate governance and lower remuneration than similar businesses in the private sector.

But Ms Brandon painted a brighter picture for 2020, especially since the general election, which saw Boris Johnson’s Conservative Party crush its rivals to secure a huge majority of 80 in the House of Commons.

She is optimistic for a looming flurry of listing and merger activity, telling the Financial Times: “Companies will also want to raise more money for new investment next year, which could include more M&A.”

The number of primary placings — equity sold by companies to raise funds — slumped to its lowest level for more than a decade in 2019, while secondary placings — from existing shareholders — were about half the five-year average.

But in further optimism, Olivetree has predicted secondary placings of shares could increase over the coming months, with activity expected from household names including Watches of Switzerland, RBS, Funding Circle, B&M Retail, JD Sports and Alfa Financial Services.

Markets will hope the dull outlook will ease this year, with Boris Johnson insisting the UK will finally leave the European Union by January 31.

This seems increasingly likely now with his huge Conservative Party majority in Westminster, which saw his Brexit deal voted through MPs in the House of Commons last week.

In a further boost to markets, a major new report has predicted Britain will be among the world’s leading powerhouse economies over the next decade, even drawing France’s economy.

The latest revised data from the Centre for Economic and Business Research suggests Britain’s economy to grow annually by 1.9 percent from 2019 to 2024 and by 1.5 percent each year between 2024 and 2034.