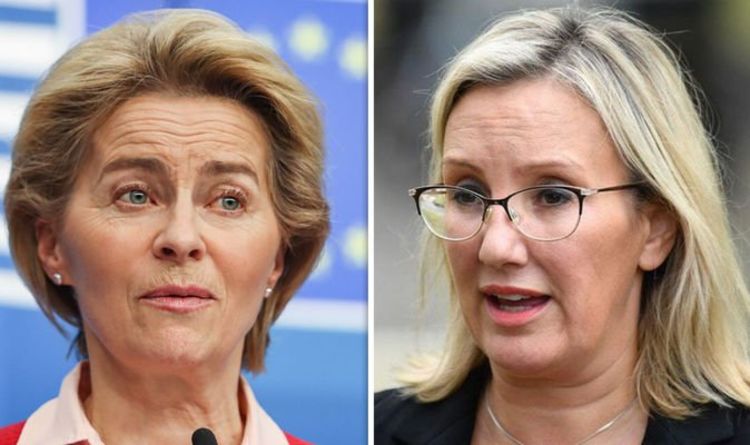 A bitter row once again erupted over the iconic works, with Brussels demanding the British Museum-based artefacts are returned to Greece. But a Government minister argued there would be zero chance of the Parthenon marbles being moved. The possession of the works has been a disputed topic for centuries, with the argument starting more than 200 years ago.

It was originally homed at the Acropolis Museum in Athens, where the remaining sculptures linked to the marbles remain.

In Greece, there is such a belief they should be returned the museum has left space within the exhibit if it were ever moved back.

The fifth-century-BC-old marbles were originally part of the Greek Parthenon temple and other buildings at the Acropolis of Athens.

However, in the early 19th century, staff working for the Earl of Elgin, Thomas Bruce took the hallowed objects, bringing them to Britain.

A leaked draft of Brussels’ mandate has allegedly included a desire for it to be moved back to Greece, with the demand that the UK “return unlawfully removed cultural objects to their countries of origin”.

However, Culture Minister Caroline Dineage insisted the Government would not entertain any such request.

She said: “The UK’s position on that remains unchanged.

“The Parthenon sculptures are the legal responsibility of the British Museum.

JUST IN: ‘Not a chance!’ Britons furious as EU demands Elgin Marbles