Brexit on the brink: Farage told he has '48 hours' to save UK's EU exit as pressure builds 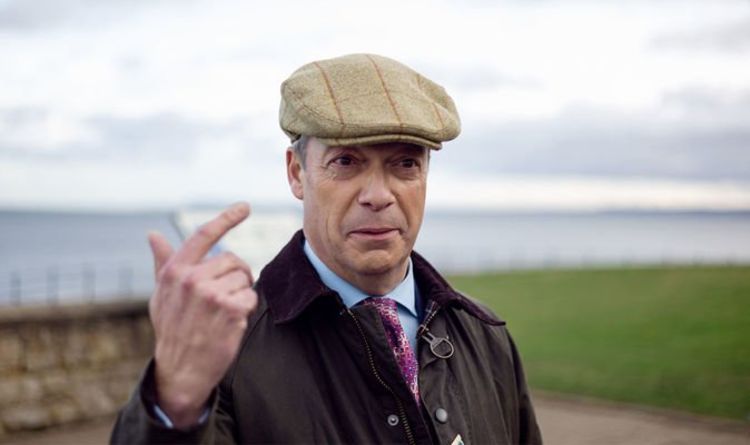 Long-time ally and millionaire backer Aaron Banks has appealed to Mr Farage to only focus on the “40 or so Labour seats where the Tories haven’t got a hope”. Mr Banks’ warning comes after Mr Farage promised to pull Brexit Party candidates from 317 races contesting Conservative held seats. But despite no longer fielding the full 600 candidates, he promised Mr Farage would face calls to do more.

Mr Banks said: “There are 48 hours to save Brexit and save the country from a Corbyn government.

He added: “The only way Brexit is going to get delivered is by a Boris majority.”

Earlier this week the creation of the pact with the Conservatives was hailed as a move that “put country before party” by Richard Tice, Brexit party candidate and founder of Leave.eu.

Defending the move Mr Tice said: “We will now focus on defeating Corbyn’s Labour Party in areas that the Tories simply can not win in.

“Now is the time to put petty party politics aside and push forward in the national interest.”

“That is exactly what the Brexit Party is doing.”

“Yes, I know what you are going o say, that he said do or die, die in a ditch that I’d leave by the 31st of October.

“But he said it unequivocally and clearly as part of a general election campaign.

“But the second thing he said that was much more significant is he said we will negotiate a free trade deal along the lines of a super Canada plus and not accept political alignment.

“Now, when I heard that I thought that means we are going to have to make some changes to the deal in terms of the clauses that are there in the political declaration.

“If he stays true to his word, he is beginning to take us towards something that does now resemble Brexit.”

The decision however the to withdraw candidates hasn’t gone over completely smoothly with the Brexit Party.

The party cancelled a central London rally amid anger at the decision to stand down election candidates, with one launching a furious attack on leader Nigel Farage’s “duplicity”.

- Advertisement -
- Advertisement -
Facebook
Twitter
Pinterest
WhatsApp
Linkedin
ReddIt
Email
Tumblr
VK
Previous articleNASA meteor: A large fireball just struck the skies over the US at speeds of 33,500MPH
Next articleYour car insurance could be invalidated for wearing this clothing item during winter