Brexit passport rules: What happens to my passport after Brexit?... 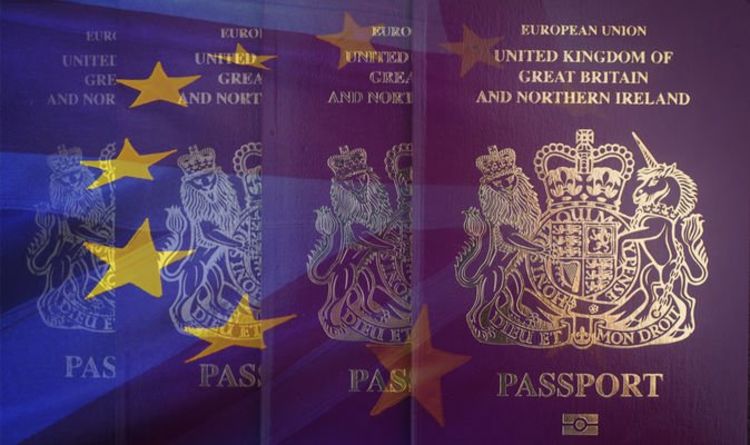 The UK will officially leave the EU at 11pm GMT on Friday, January 31, 2020, more than three years since the 2016 EU Brexit referendum. Under the deal negotiated between the EU and UK, this will trigger an 11-month transition period, during which both sides will negotiate the future relationship between the two.

So what happens to your passport?

During the transition period, which is due to run from February 1, 2020, to January 1, 2021, all current rules on travel to the EU will remain the same as they are now.

This means all holiday plans and other travel to Europe will be unaffected for 2020, and your passport will be valid.

ABTA travel association said: “If Parliament ratifies the Withdrawal Agreement before 31 January 2020, which it is on track to do, the UK will enter a transition period, meaning everything will remain the same and you can continue to travel as you do now until at least the end of December 2020.”

READ MORE: Brexit deal EXPLAINED: What does Brexit REALLY mean for you and me?

Will your passport be valid after the transition period?

According to the House of Commons Library: “Whether or not British passport holders would be subject to third country national rules, or other rules, after the transition period, would depend on agreements on the future relationship.”

If the UK ends up leaving the EU without a deal after the transition period, rules for passports could change and you may need to take action.

In the event of a no deal exit, your passport will need to have at least six months left before it expires, and be less than 10 years old (even if it has six months or more left).

If you do not renew it in time, you may not be able to travel to most EU countries and Iceland, Liechtenstein, Norway and Switzerland.

These rules won’t apply when travelling to Ireland – you can still use your passport as long as it’s valid for the duration of your stay.

To double-check, you can use THIS tool to check whether your passport is valid for the country you’re visiting.