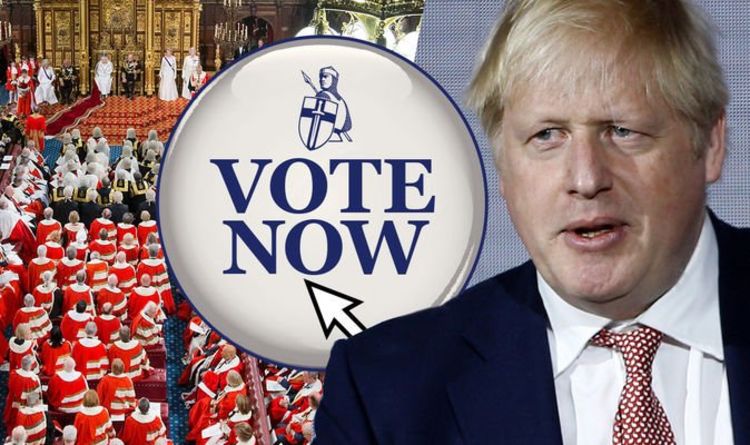 In a dramatic turn of events on Monday night, members in the House of Lords voted in favour of three amendments to Boris Johnson’s Withdrawal Agreement Bill (WAB). Peers backed the first amendment which called for EU citizens to be given physical documents as proof they have the right to live in the UK after Brexit. The motion was supported by 270 peers to 229 – a majority of 41.

Liberal Democrat Lord Oates claimed without physical documentation, EU citizens eligible to remain in the UK would be “severely disadvantaged” in dealings with landlords, airlines, employers and other officials.

Lord Oates denied it was an attempt to challenge Brexit or “frustrate” the legislation.

The Government has confirmed freedom of movement will end after Brexit and EU citizens can apply to stay in the UK through the EU Settlement Scheme.

As of December, the Home Office confirmed 2.7 million applications have been made.

The Government suffered its second defeat after peers voted against taking powers away from European Courts.

In the withdrawal agreement Mr Johnson outlined plans to rip up Theresa May’s previous commitment to transfer all EU law onto the domestic statue book.

Under the terms, British laws could only be overturned by the Supreme Court, or the High Court of Justiciary in Scotland.

Peers voted 241 to 205, in favour to remove the power of ministers to depart from European Court of Justice judgements.

A third defeat quickly followed, when the upper chamber backed a move to allow cases to be referred to the Supreme Court to decide whether to depart from EU case law.

Brexit minister Lord Callanan, rejected the amendments, and said it is an important principle that “UK courts should be able to interpret UK law”.

The WAB will now return to the House of Commons for MPs to debate.

The Prime Minister’s spokesman has confirmed the Government will seek to overturn the amendments to the Brexit legislation.

“What we are looking at is a whole range of options about making sure every part of the UK feels properly connected to politics.”

The UK is scheduled to leave the European Union in just 10 days time on January 31 at 11pm.

Downing Street has confirmed next week’s cabinet meeting will take place in the north of England to mark Britain’s exit from the bloc.

A clock counting down to 11pm will also will be projected onto Downing Street on January 31.

Buildings around Whitehall will be lit up as part of the light show that evening, and Union Flags will be flown on all the poles in Parliament Square.

A crowdfunding campaign for Big Ben to bong to mark the historic occasion has received more than £225,000 in donations – short of the £500,000 target.