Brexit POLL: What UK asset would you hand the EU... 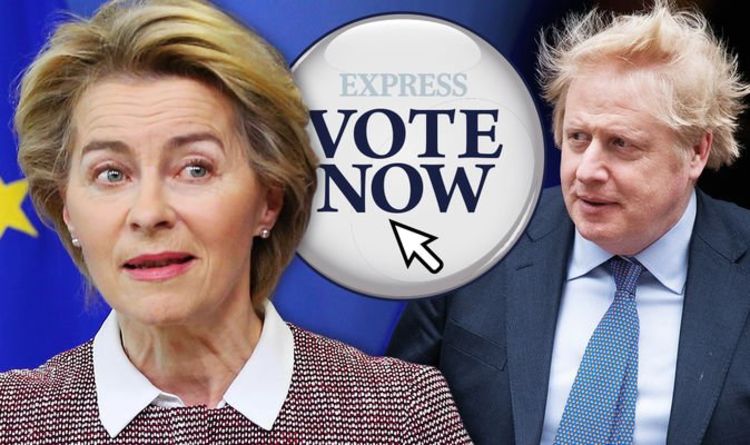 Before negotiations have taken place, the EU has declared the UK must make certain trade offs if talks are to be succesful. With talks soon to proceed, we’re asking our readers: ‘What UK asset would you hand the EU for a free trade deal – if anything?’

In the lead up to the talks, the EU has claimed Britain must allow foreign vessels into UK waters post-Brexit.

Under the maligned Commons Fisheries Policy, all members of the EU are allowed equal access to the European Economic Zone.

Some in the UK, however, have claimed the policy is unequal due to the rich fishing waters around Great Britain.

For the first time since 1973, the UK will be able to control access to its fishing waters as an independent nation.

The UK Government also intends to replicate a similar fishing deal to that of Norway whereby annual talks are held to establish fishing quotas.

In an indication Mr Johnson will attempt to secure British fishing rights, the UK’s top Brexit negotiator, David Frost said this week the UK will “set laws that suit us”.

Mr Frost said: “It is central to our vision that we must have the ability to set laws that suit us.”

This week, it emerged the EU will attempt to return the Elgin Marbles to Greece as part of a free trade deal.

A senior EU source also confirmed the clause had been inserted by Greece, with the support of Cyprus and Italy.

A source added: “It is not specifically about the Elgin Marbles but of course the claim by Greece is longstanding and the Greek ambassador asked for it.

“London’s auction houses are big traders in ancient and historical artefacts and we want to make sure that if they are stolen they can be returned.”

Brexit talks have also propelled the island of Gibraltar into focus with some indicating the Spanish government could use trade talks to reopen the issue of the island’s sovereignty.

Under the Peace of Utrecht agreement of 1713, Britain was granted control of the island but since then, Madrid has persistently contested its status.

His response came as Spanish MEP Jorge Buxade Villaba insisted it was time to bring an end to British colonisation of the island.