Brexit punishment: EU staff told NOT to talk to British counterparts after midnight 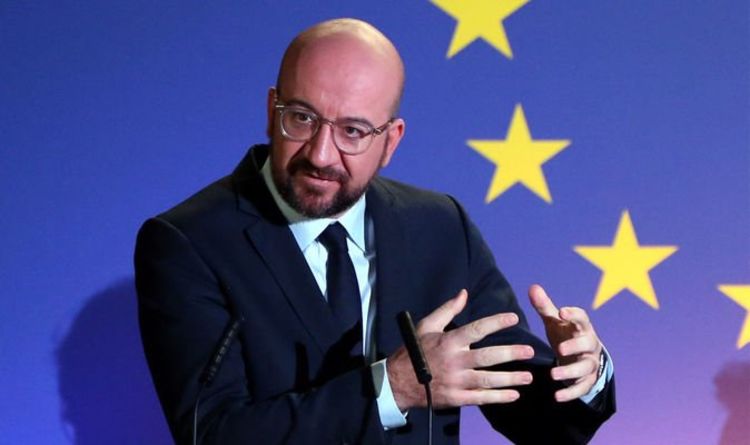 UK diplomats will see their access to the European Council revoked as soon as the clock strikes midnight in Brussels. The EU’s corridors of power, where most the political horse trading occurs, will be strictly off-limits to Britons as we discard our membership card. EU council staff were warned, in an email sent to over 3,000 employees, that they “should no longer share information or documents with UK delegates or representatives”.

Brussels has been frantically updating its thousands of separate mailing lists to strike off each and every British official.

Boris Johnson is plotting to push our international diplomacy into overdrive in the weeks after Brexit.

The Prime Minister will deploy senior ministers on special diplomatic missions in a bid to bolster the UK’s influence on the continent.

Express.co.uk understands British diplomats will be ordered to schmooze their European colleagues and keep information channels open after being shut out of key Brussels meetings as the UK remains tied to the bloc’s rulebook, as part of the Brexit transition period.

Dozens of experts have already been moved to Brussels, as part of a 50 percent staff increase since the 2016 referendum, at the main embassy.

They will support the Prime Minister’s chief negotiator, David Frost, who has been put in charge of 40 civil servants, in delivering a trade deal with the EU.

Other diplomatic outposts in European capitals will focus on continuing to build relationships that could even circumnavigate EU negotiator Michel Barnier’s influence on the talks.

In a leaked negotiating document, the bloc expressed fears talks could splinter into “separate negotiations”.

A “single negotiating channel” with Britain remains an “imperishable EU principle”, it added.

Brussels is expected to open formal negotiations with the UK on March 3 after EU governments rubber-stamp their negotiating strategy late next month.

MUST READ: Brexit news: Will roaming charges go up after Brexit?

“The Commission will table proposals for its negotiations.

“We want best possible partnership but clearly there will always be a difference. Belonging to EU counts for something. Unity gives you strength. Tomorrow is not the end but a beginning.”

She added: “It’s the choice of the British people to be on their own, we respect it, we will stay neighbours.

“The three of us are determined and other side of channel is the same, to negotiate the best possible agreement, we have so much in common.”

ByPolice were called to Usher Road in Bow this evening after a woman suffered a head injury. She was taken to a London hospital...
Read more
U.K.

ByGovernment scientists have warned the current three tier lockdown system does not go far enough to get coronavirus under control and have urged the...
Read more