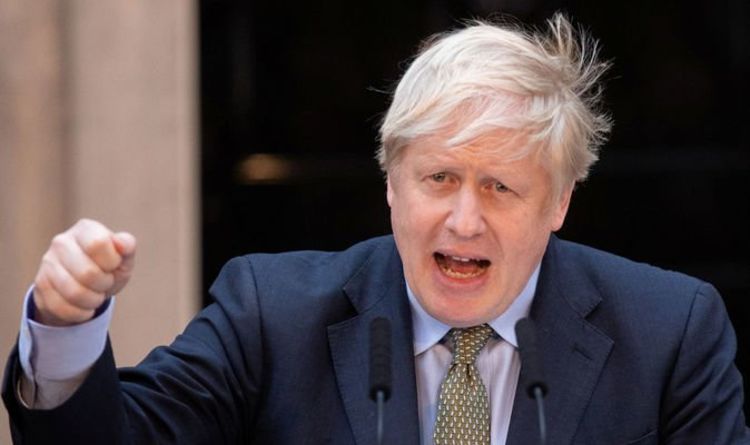 Prime Minister Boris Johnson has pledged to double research and development spending to £18billion within five years in what he has termed a “new wave of economic growth” after Brexit, with plans also afoot to create a centre of scientific excellence modelled on the Massachusetts Institute of Technology (MIT), to be based in the North. His plans will include an advanced research projects agency analogous to the Defense Advanced Research Projects Agency (Darpa) in the US, which was launched in 1958 in response to the Soviet Union’s successful launch of the Sputnik satellite, which caused considerable alarm in Washington.

The new agency will be based outside the so-called “golden triangle” of London, Cambridge and Oxford, in line with Mr Johnson’s commitment to shift investment to the regions, with a Government source telling The Times: “The will is there to ensure that we think beyond Oxford, Cambridge and London when we site these new bodies.”

Mr Johnson’s special adviser Dominic Cummings is believed to be spearheading the push to create the new organisation.

Science Minister Chris Skidmore tweeted last month: “We will also set up a British Advanced Research Projects Agency – investing £800million over five years for a new research institution in the style of the US ARPA – to support blue skies, high-reward, research and investment in UK leadership in artificial intelligence and data.”

Meanwhile the Conservative Party’s manifesto pledged: “We will invest £800million over five years for a new research institution in the style of the US ARPA, which funds high-risk, high-reward research that might not otherwise be pursued, to support blue skies research and investment in UK leadership in artificial intelligence and data.

“This £18billion package will guarantee that all EU R&D funding will be replaced post-Brexit, including funding for universities.”

JUST IN: Race to Mars – China launches test of ‘world’s most powerful rocket’

“From a British perspective it also suggests ideas about what post-Brexit Britain should do to help itself and the world and how it might be possible to force some sort of ‘phase transition’ on the rotten Westminster/Whitehall system.”

In a report published by the Policy Institute at King’s College London, former science minister Lord Willetts stressed the UK did not have the resources to adopt the scattergun approach used by the USA.

He said: “Britain cannot afford to follow the US example of trying to do everything: we have to be selective.

“Sometimes we get it wrong but if we all avoid backing any actual technology then we get nowhere.”

Darpa has no laboratories or scientists of its own, but instead backs fledgling projects which are given “freedom to fail” in order to encourage experimentation and innovation.

In the 1970s, Darpa invested millions on experiments to see if telepathy could be used to carry out espionage, and also tried to build a mechanical elephant to assist troops operating in jungle regions.