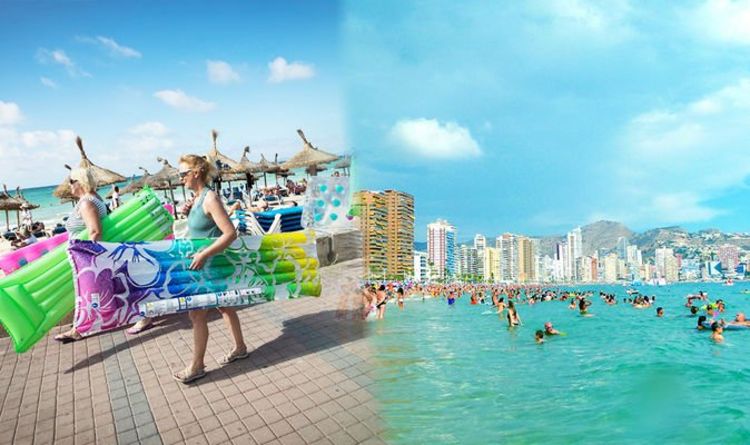 Spain is a holiday hotspot for Britons, with 18.5 million visiting the nation in 2018 alone according to the latest figures from The Industry, Trade and Tourism Ministry. However, with the potential of a no-deal Brexit looming on the horizon, there is a growing fear around what this may mean for tourism. Talk of potential European visas and changes to border regulations could make travel to Spain less straightforward for Britons. However, the Spanish government has concocted a plan to help save British tourism in a post-Brexit world.

An announcement by Spain’s Deputy Minister for European Affairs has revealed that the country is hoping to strike a treaty with the UK following the EU departure.

Behind closed doors, government officials are hard at work navigating a plan that will make sure British tourists can still enjoy their holidays without any issues.

Deputy Minister Jorge Toledo has vowed to secure an aviation deal between the two countries to protect against the potential of widespread disruption to air travel after the UK leaves the bloc.

He explained that the new agreement would be valid regardless of whether the UK left with or without a deal.

Much-loved beach resort Costa Blanca has also announced its own push towards tourism, aimed at attracting Britons to the hotspot after Brexit.

According to Turisme Comunitat Valenciana – the Valencia Tourism Board – will allocate approximately €650,000 (approx £556,000) to the campaign.

The board hopes to utilise the slogan “Always Brit Friendly” to connect with UK travellers and promote the area as safe and hospitable.

An additional €300,000 (approx £256,000) be invested in advertising in British newspapers, magazines and on TV and digital platforms between now and February 2020, according to euroweeklynews.com.

Meanwhile, further worrying news comes amid the revelation that fewer Britons are opting for European getaways.

The latest research released by the Office for National Statistics (ONS) shows that holidaymakers are choosing long-haul destinations more frequently.

Whereas European destinations including Spain, Greece and Italy used to rule, now travellers are setting their sights on “other countries”.

Though the report does not specify where these far-flung destinations are, it does reveal tourism to these regions increased by two per cent to 2.6 million.

By“Exchange rates are always changing… whether it’s the ongoing global Coronavirus crisis, the UK’s future outside Europe, or the upcoming US election, there is...
Read more