Brian May takes swipe at Michael Eavis as Queen snub... 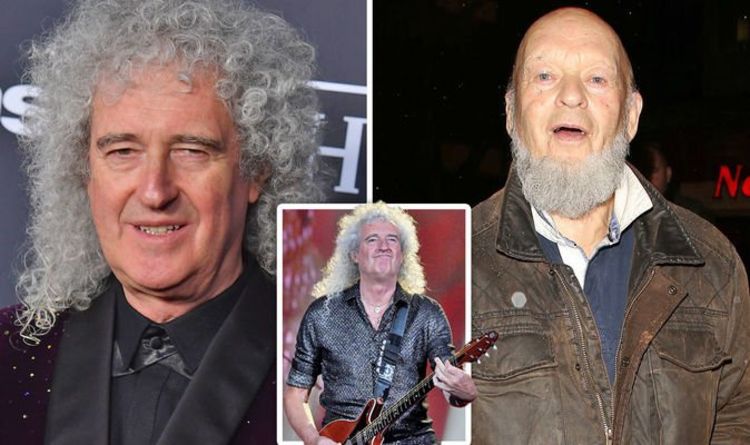 Brian May said there was no way Queen and Adam Lambert will be taking to the stage at Glastonbury Festival 2020 due to his ongoing feud with Michael Eavis.

Asked whether it was a possibility during an interview on BBC Radio 2 this morning, May replied firmly: “No, we won’t. And there are lots of reasons for that.

“One of them is that Michael Beavis — Eavis, sorry — has frequently insulted me and I don’t really particularly enjoy that,” he announced.

“But what bother me more is that he’s in favour of the badger cull, which I regard as a tragedy and an unnecessary crime against wildlife.

“So, no. There’s a little bit of a schism there,” the Queen star added. “I wouldn’t do Glastonbury… unless things changed radically.”

Eavis previously revealed the difference in opinion over the badger cull “did have a bearing” on whether or not he wanted Queen to play at Glastonbury.

“We had a whole row with Brian May about the badgers – do you remember all that?” he told the BBC.

Eavis also claimed Queen’s agent had sent him a handwritten postcard in the hopes of landing a spot on the bill at the Glastonbury.

“It almost worked, I tell you,” he said, before adding that the rockers were “not quite our thing”.

Back in 2013, Eavis went on record in support of the badger cull and has since called May a “danger to farming”, telling the Daily Mail: “He doesn’t care about the badgers – he doesn’t know anything about it at all.”

Despite May’s certainty his row with Eavis will see Queen steering well clear of Glastonbury for the foreseeable future, bookmakers Ladbrokes have priced the band to play the 2020 Festival at 5-1.

“Next year marks 50 years of Glastonbury and what better way to celebrate than to have Queen play?” Alex Apati of Ladbrokes told Express.co.uk.

“May and Eavis will have to put their differences to one side as we reckon the latter will be Under Pressure to add the British rock giants to next year’s roster.”

May formed Queen with frontman Freddie Mercury and drummer Roger Taylor back in 1970 and has gone on to become a rock icon.

Elsewhere, Brian May recently branded Brexit the “stupidest move” the UK has made as he aired his views on the political climate.

Writing in view of his 2 million Instagram followers, the Queen star addressed the news Boris Johnson had secured a “great new deal” with the European Union.

“I wonder if I’m the only one praying tonight for a miracle which will make Brexit, deal or no deal, simply go away?” he mused.

“The legacy of the vain, arrogant and badly-advised David Cameron was a referendum which never should have happened.”

May went on to say that the UK’s leaders had “attempted to carry out the wishes of that 37 per cent” of the electorate, adding: “The result is this country attempting to make the stupidest move it has ever made.”