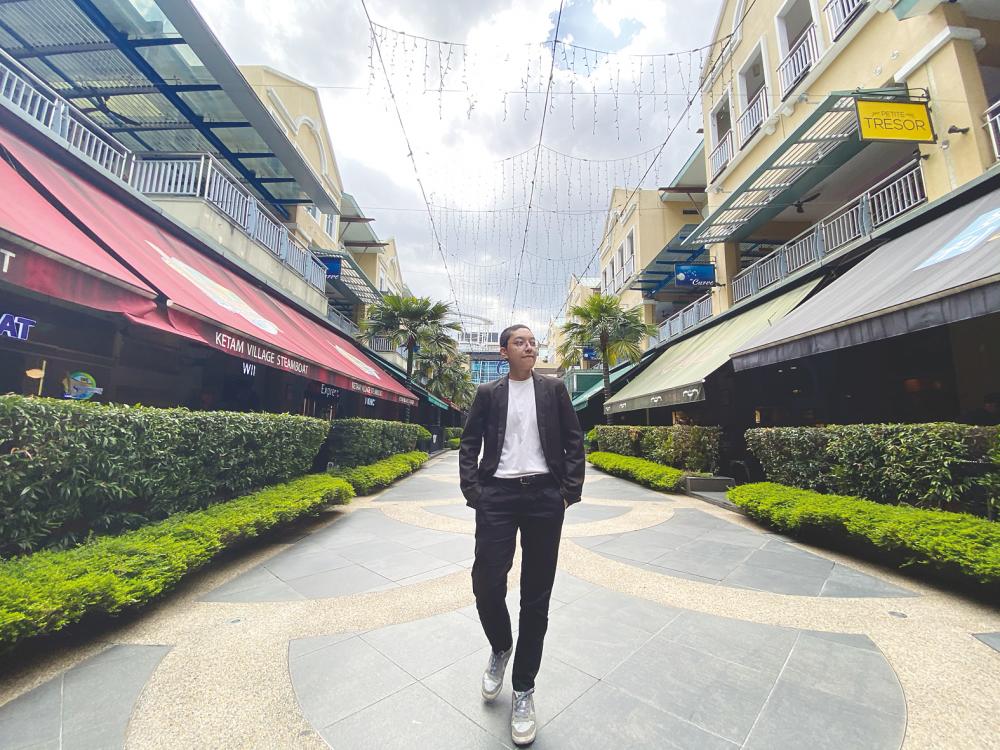 HEALTH issues plagued Shah Azham when she was a child. She suffered migraines from the age of 10 due to a hormonal imbalance. Unable to catch up with school because she was often in hospital, she did not do well in her SPM exams.

However like the true fighter that she is, Shah learnt a new set of skills via the internet, including Photoshop and speaking Korean.

In 2018, she moved to South Korea, where she lived for a little over a year, picking up naunces of the language (which is called Hangul) as well as South Korean culture.

When she returned, one of her Korean friends asked if she wanted to be a translator for English, Korean and Bahasa Malaysia for a K-pop concert in Kuala Lumpur. As translators, they would be assigned to different people involved with the event – such as the sound engineer, stage team and sometimes the artistes.

That is how she ended up working with K-pop groups such as iKon, Winner, BlackPink and Dream Catcher. She also takes on jobs as a guide for tour groups to South Korea.

She is currently booked solid for translation work, and is loving every moment of it.

Shah, who turns 25 in December this year, met up with us to talk about how learning a foreign language helped her find a new career.

How did you learn how to speak Korean (Hangul)?

“I grew up living around friends who speak Chinese, Tamil or English. I learned a little bit of Mandarin growing up, and my sister married a Tamilian, so I heard a bit of Tamil here and there. I picked up a little
bit of Japanese. Then I saw a lot of Malaysians picking up Korean as they liked Korean music and dramas. I thought I should get into that and make some money out of it.”

When did it start?

“After SPM, I could not get into university because of my grades. So I started my own design company, X12 Design. During my secondary school years I learned Photoshop from YouTube. Let’s say you wanted a cool T-shirt, I would design it, print it and ship it to you. While I was doing that, I had a friend who had connections with this Korean company called Korean Fighting Blindness. I designed a T-shirt for them. That is when I realised that I should learn the language, if I wanted to enter the Korean market. So that is how I picked up Korean by myself.”

How did you pick up the language?

“I studied Korean through books and the internet. I love reading, I grew up reading a lot of literature. I think reading helped me a lot in terms of the language itself. I would print out PDF files on Korean language books and read them.

“When I found a website on the internet (Conversation Exchange) in which you get paired with a friend who wants to learn your language while you want to learn theirs. We would exchange numbers and have conversations.”

How long did it take you to master the language?

“It took about six months, and then I decided to go to South Korea to learn more about the language and the culture. I fell in love with the place, and ended up staying there for over a year.

“I worked in a guest house in exchange for food and lodging. In Korea, the people don’t speak in English, and so I had to step up my game.

“I always felt that if you never try, you will never know how good you are. When you learn languages, you have to speak in order to improve. You must not be scared to make mistakes.”

What do you hope people learn from reading about you?

“I hope for people to see that there is nothing wrong about learning a new language.”