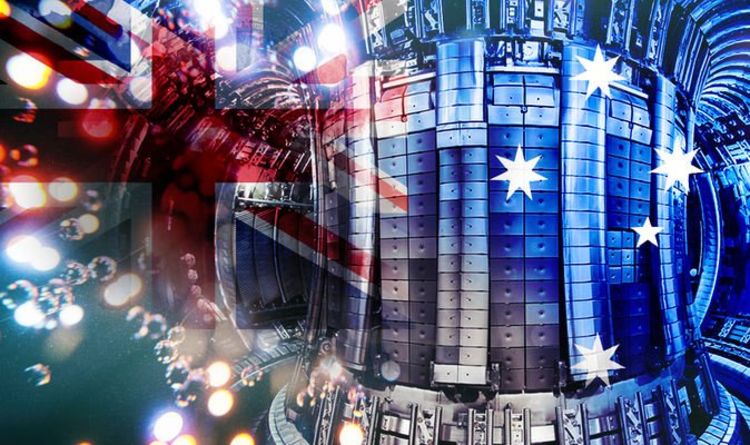 British scientists at the Culham Centre for Fusion Energy, near Abingdon, Oxfordshire, had been powering ahead in the planet-saving technology – which would also be worth billions in revenue to the UK’s post-Brexit economy. The team had been asking for more funding to complete their work – and Dominic Cummings is reported to be hugely excited about the science. But it may already be too late as an Australian startup company called HB11 claims to have perfected a method which would revolutionise current nuclear fusion technology with the prize of creating atomic energy without any of the risks associated with traditional nuclear power stations.

UNSW Sydney Emeritus Professor Heinrich Hora, who is leading the team, said: “After investigating a laser-boron fusion approach for over four decades at UNSW, I am thrilled that this pioneering approach has now received patents in three countries.

“These granted patents represent the eve of HB11 Energy’s seed-stage fundraising campaign that will establish Australia’s first commercial fusion company, and the world’s only approach focused on the safe hydrogen-boron reaction using lasers.”

Conventional nuclear fusion techniques involve the heating of Deuterium-Tritium fuel to temperatures of 15 million degrees Celsius (significantly more than the temperature of the Sun).

“I have long favoured the combination of cheap and abundant hydrogen H and boron B-11.

“The fusion of these elements does not primarily produce neutrons and is the ideal fuel combination.

Exciting as their plans are, the concept is nothing new – and if HB11’s project become a reality, it may be bitter pill for those working at Culham Centre for Fusion Energy to swallow, given they have been working on something very similar.

In 2017, Express.co.uk reported the trailblazing lab, located in Abingdon in Oxfordshire, received just £40million in public funding from the British Government, plus another £60 million from the EU – even though proper application of the techniques being worked on would spell the end for dirty and dangerous nuclear reactors with their associated risks.

At the time, CEO Professor Ian Chapman said: “We are the No1 in fusion research in the world, we are genuinely world leading and have skills here that no other laboratory in the world has.

We want to lead the world in the commercial application of fusion.

“This could be a British innovation that saves the world.”

Prof Chapman said there was a financial incentive too, predicting nuclear fusion could be worth billions in revenue to the UK.

He warned: “We are really keen on the UK having a product. We don’t want to have invested so much time and skill and money not to have a product at the end of the day.