Britain on the BRINK: Millions to be told ’stay home’ if coronavirus spreads 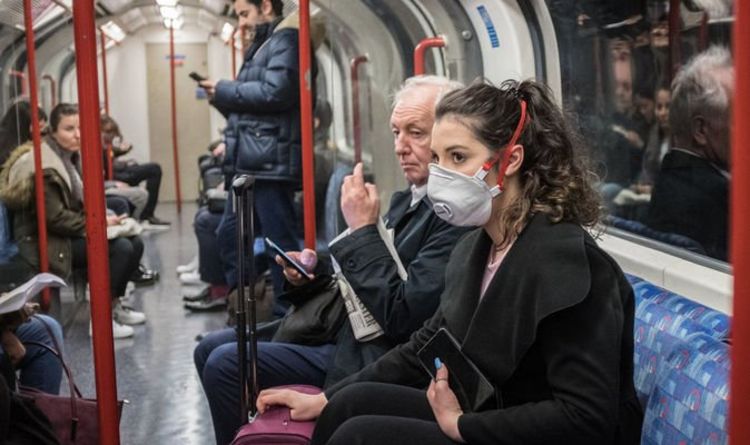 Health officials are expected to order anyone with the sniffles to “self-isolate” at home if the virus proves too difficult to contain according to the Sunday Telegraph. Those who have cold or flu-like symptoms might have to stay indoors for up to two weeks if the number of coronavirus cases in the UK hits the hundreds.

It would be a dramatic shift in government strategy, and could mimic policy being enforced in China, where many residents in Wuhan and returnees to other provinces have been quarantined for a 14 days.

Hospitals across the country in the past week have created ‘isolation pods’ to ensure anyone else tested for the virus is kept away from other patents.

Efforts to track all close contacts of confirmed cases have also been ramped up.

According to the Sunday Telegraph, if the virus spreads widely in the UK health officials are expected to change position, and simply order anyone with possible symptoms of flu to stay at home.

This would only happen should the virus prove too difficult to contain.

It means that millions of Brits with coughs and cold could end up quarantined at home, as part of attempts to dampen down the severity of the outbreak.

It comes as a Chinese tourist visiting France became the first person in Europe to die as a result of coronavirus.

Meanwhile, another GP surgery was shutdown in the UK.

JUST IN: Coronavirus lockdown? US military on alert to ‘contain’ mass panic

The five members of a ski group infected by Steve Walsh – the businessman at the centre of the UK outbreak – have said they had recovered quickly.

Senior managers have been told that the NHS could stop testing patients when 100 cases have been confirmed across the country, if there is evidence of “sustained transmission” within the UK, according to The Daily Telegraph.

The WHO currently advises countries to carry out a detailed investigation of at least the first 100 confirmed cases of any pandemic.

The UK’s Pandemic Influenza Response Plan sets out protocols for ensuring isolation and treatment for “the first few 100 cases” so that detailed information can be gathered about any novel virus.

Yet, it says the approach should be changed as soon as there is “evidence of sustained community transmission of the virus, ie cases not linked to any known or previously identified cases”.

Britain’s health service is thought to already be struggling with the number of tests for the virus it is carrying out.

The number of tests has quadrupled in the last week, with 2,992 now carried out, up from 686 a week ago.