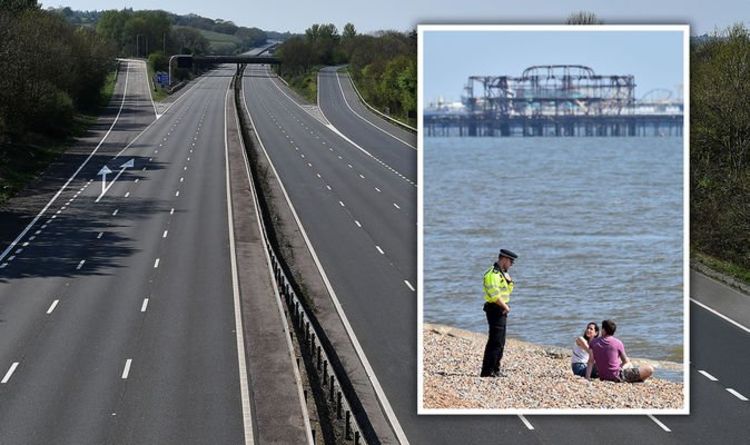 Speaking to Express.co.uk he said senior civil servants had been briefed at the highest level lockdown restrictions would remain in at least until May 25. On condition of anonymity, the whistleblower at the Ministry of Defence said: “We’re been made aware that the lockdown conditions are here to stay until at least May 25 when they will start to be lifted piecemeal.”

He added plans were in place to lift restrictions based largely on geographical location and how badly infected they are.

He said: “It’s difficult to see how many they will pull this off bit-by-bit.

“If the lockdown is lifted in one it might be hard to convince people in other areas they still have to put their lives on hold.”

Government officials stated the lockdown measures are only just beginning to have an effect on the virus.

At the Government briefing on April 9, interim Prime Minister Dominic Raab insisted measures must stay in place until there is clear evidence which shows the UK has moved beyond the peak.

He added: “It’s been almost three weeks and we’re starting to see the impact of the sacrifices we’ve all made.

“But the deaths are still rising and we haven’t yet reached the peak of the virus.

“So it’s still too early to lift the measures that we put in place.”

JUST IN: Universal Credit: Why first payment could be less than the estimate

If a longer lockdown is enforced, the Government is apprehensive over the potential deaths which may indirectly be caused by the economic blow.

One source said: “We fully understand that – if there is a significant downturn in terms of people’s incomes – that can have a read across to their health.”

“We take into account the entire impact on the health and wellbeing of everyone in the country.

“Not just on the highly visible impact on the deaths from coronavirus, but right across the board, including indirectly through the economic impact.”

Although the lockdown in the UK may last until the end of next month, researchers have announced human trials on the coronavirus vaccine will begin in the next fortnight.

If successful, the vaccine may be ready by September.

Professor of vaccinology from the University of Oxford, Sarah Gilbert, said she was confident the vaccine being developed will work.