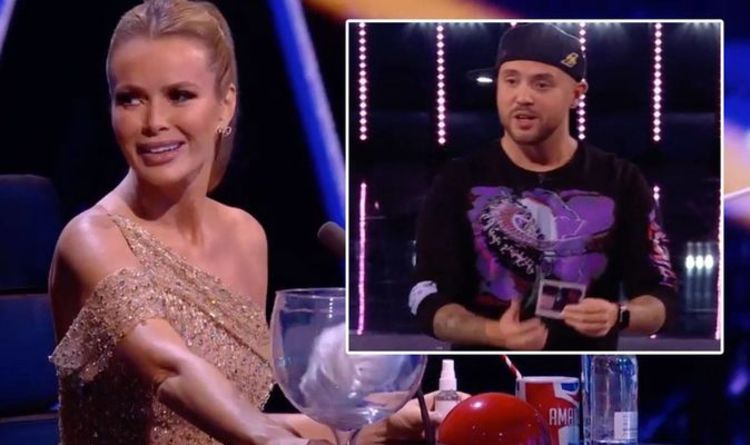 After a quick scroll, it was revealed a photo of the ripped piece of card had somehow been uploaded to his social media page.

This alone was enough to leave the judges aghast but Damien wasn’t done there with the twists and turns of his act.

The rest of the card had made its way into Amanda’s phone case, prompting the judge to remove the device and hand it to Damien.

With its whereabouts now unknown Damien diverted attention to his own phone, dropping it onto a table for it to magically scatter into a series of photographs.